WATCH: Recreational marijuana will be legal in Canada in October so should the thousands of people who have possession convictions get a pot pardon? Tess van Straaten reports.

After years of debate, and months of parliamentary hurdles in Ottawa, Bill C-45 ? the Cannabis Act ? has finally received royal assent in the Senate, putting Canada on track to become the first Commonwealth country to legalize recreational marijuana.

But when pot becomes legal October, they’ll be a big problem.

“There are thousands and thousands of Canadians who have a criminal record for that activity which is now legal as of October 17th so my concern is we’re not doing justice to those people who have had their lives affected,” says Victoria MP Murray Rankin.

Rankin says he has people coming into his office all the time who, due to a pot conviction, can’t coach their kid’s sports team, get a job or find a place to rent.

“Guess what, they’re the bottom of the pile in this tight market because the divulged the truth, they have a record, and again for activity that is going to be perfectly legal,” Rankin says.

Rankin says he pushed the federal government to make expunging the records of people with possession convictions part of the Bill. When that didn’t happen, he drafted a private member’s bill, which he plans to introduce the day after legalization.

“I’m going to be relentless to try to get the government to fix this problem,” Rankin says.

Legal experts agree there’s an argument for pot pardons, but say they don’t fix everything.

“Other countries, including the United States, don’t necessarily recognize a Canadian pardon,” cautions Michael Mulligan of Mulligan Tam Pearson. “If the U.S. is aware of a previous conviction or even a previous association with marijuana, you may find you’re not able to cross the border.”

Mulligan says a pardoned conviction will also still show up on vulnerable sector record checks in B.C., which apply to people volunteering or working with kids.

But Rankin is hopeful the government will support his bill.

“It has to do with one simple thing ? political will,” says Rankin. “Is the government prepared to do the right thing?” 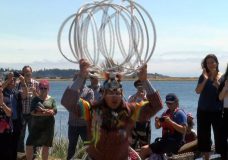 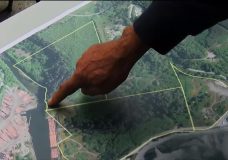