Victoria’s mayor isn’t pleased with a fellow councillor’s decision to travel overseas amid a deadly pandemic.

Mayor Lisa Helps said in a statement issued on Wednesday morning that it was “irresponsible” for councillor Sharmarke Dubow to travel to Africa while countless Victorians continue to sacrifice their own travel plans.

“With so many Victorians making such sacrifices this past year to pull together as a community and stop the spread of COVID-19, Councillor Dubow’s decision to travel internationally was both disappointing and irresponsible,” said Helps.

The mayor’s comments come hours after Dubow revealed that he is currently quarantining at a hotel in Vancouver following a trip to East Africa.

“I understand that many people made the difficult decision not to visit their families over the past number of months. I know now that I should have made the same decision,” Dubow said in a post on social media.

In his original post, Dubow said it was his first trip to East Africa since fleeing the region in 1992, but after several people pointed out photos of him in Ethiopia last year, he revised his statement, clarifying that it was in fact his first time back to Somalia in more than 20 years.

RELATED: Municipal councillors admit to recently travelling outside of Canada

Helps said she only learned of the councillor’s trip shortly before he released his statement on social media. She said elected officials should be held to a higher standard and must follow the advice from health officials.

“There cannot be two sets of expectations, one for the public and one for elected officials,” Helps said. “As community leaders we should be held to a higher standard and should be exemplary role models, following all of the very clear public health advice we’ve all received.”

It’s unclear whether the city councillor will face any discipline from council for his actions, Victoria’s mayor said.

“On matters such as these, councillor Dubow answers to the public, not to council and ultimately the next steps are left in his hands,” said Helps.

Dubow is not the only Vancouver Island politician who has travelled abroad in recent weeks. Metchosin councillor Kyara Kawakauwila admitted to attending a business colleague’s wedding in Mexico early last month, calling it a “legitimate business reason.”

Numerous politicians across Canada have faced fierce criticism for travelling abroad during the pandemic and some have been removed from certain roles within government. 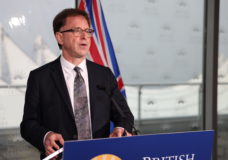 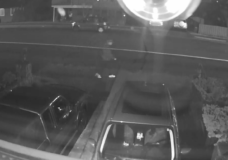