A Victoria family-run e-bike store might have to close its doors if it can’t secure proper insurance.

Corinne Besler, co-owner of Ride the Glide, said the e-bike storefront’s insurance underwriter, Lloyds of London, has declined the store’s business and liability insurance renewal for this year due to the business being in a high-liability sector.

“If they decide they don’t want to insure us we have no options, because you have to have insurance to run a business,” Besler said.

She added the company did offer the store an insurance premium that’s 300 per cent more expensive than last year’s costs.

“Couple that with all the other increases that we’ve been absorbing,” Besler said.

“So it’s just another layer of extra expense,” she added.

The family-run business originally opened as Segway Victoria in 2011. It started selling e-bikes and e-scooters in 2017, without having issues obtaining insurance.

Besler is working with another insurance agent to try and convince Lloyds of London to change its mind and re-insure the store.

She said she also reached out to MLA Lana Popham’s office on Friday asking for help but has not received a response, and says she plans to reach out to Premier John Horgan as well.

“In this day and age we’re saying go green. We’re saying buy electric bikes, buy scooters and other micro mobility devices, but if a business can’t sell them, how are you supposed to get them?” Besler asked.

CHEK News reached out to Lloyds of London for a comment, but has not received a response. 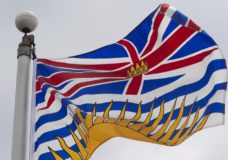 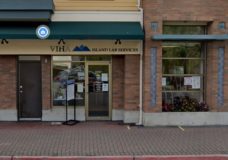