WATCH: Team Reese-Hansen out of the Victoria Curling Club is off to represent British Columbia at the 2018 Canadian Junior National Championships after an improbable run at Provincials back in late December. Tyler Bennett has the story.

Starting the year as a recently formed group, Team Reese-Hansen out of the Victoria Curling Club had the goal of making the playoffs at Provincials.

“We knew that we were able to do well,” lead Sydney Brilz says, “We always thought that maybe we could win but it was just, let’s make the playoffs, let’s see what we could do, so we kind of geared our season towards that, and then when Provincials came, it went downhill early.”

The team suffered two early losses and were just one loss away from being sent home.

“It was not the start we wanted by any means, it was probably one of our worst starts the whole season,” skip Taylor Reese-Hansen says. “But after that day we regrouped, talked about what had happened, why it happened and what we were going to do to move forward, so we just put that past us and just said that we were going to go out next game like it was a new game and we did, and we were able to get the win.”

And in Cinderella fashion, the team came all the way back to win the entire tournament.

“I don’t know if it really has completely sunk in yet for all of us,” Brilz says. “But it was just, oh my god, that’s the best way to explain it, I couldn’t believe it.”

“I think halfway down the sheet when I realized that if this rock doesn’t pick, we probably have this made,” Reese-Hansen says. “The best thing for me was watching my teammates, they were so excited and I was excited too obviously, but just seeing them and being able to get that last rock in there, it was a good feeling.”

As the team heads to Shawinigan, Quebec for the 2018 Canadian Junior National Championships, Team Reese-Hansen is keeping their goals simple.

“I think we’re going to take it like we did that final,” Reese-Hansen says. “It’s a new experience for us and we’re just excited to get out there and have some fun.”

“It’s about us, it’s about what were going to be able to do,” Brilz says. “And so we’re hoping to make it to the championship pool, that’s kind of the one where if you do well then you make playoffs, so we wanna go there and just make B.C. proud.” 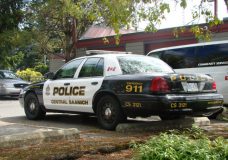 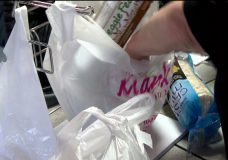