September 9, 2020 updated
Chek
WatchAs Victoria city council develops a plan to deal with homeless camping in the city, Royal Athletic Park appears to be back on the table. April Lawrence reports.

Victoria’s city council is pondering whether to turn Royal Athletic Park (RAP) into a temporary homeless shelter to alleviate the increasingly cramped and problematic homeless encampment at nearby Central Park.

RAP is currently being used as the city’s makeshift recreation headquarters while Crystal Pool is closed for repairs.

The facility’s amenities, including showers and washrooms, and its large size is a draw for many of those currently camping at Central Park but they say the fact it has no playground also makes it a better location.

“Everyone wants to be away from the children, you know the main thing is to keep away, keep as much away from kids and kind of not ruin their park right?” said Central Park camper Collin Spikes.

RAP was originally looked at as a potential emergency shelter back in March but Island Health and BC Housing took it off the table.

The motion discussed by council on Sept. 3 includes asking BC Housing for funding and an operator to manage the site.

But in a statement to CHEK News, BC Housing says it’s “not considering opening a managed encampment in Victoria.”

“Large managed encampments are a challenge to operate in terms of maintaining cleanliness and safety. These challenges would be magnified during a pandemic where there are requirements around maintaining physical distancing – we saw that at Topaz Park which was initially a managed encampment initiated by the City of Victoria but then had to be decamped. There is also a shortage in available and experienced non-profits to staff and support a new managed encampment,” the statement says in part.

BC Housing says it is focusing its efforts instead on providing supports and finding housing for those camping outdoors.

The North Park Neighbourhood Association says it seems to be bearing the brunt of the homeless camping situation right now and it wants to see the campers spread, in smaller groups, throughout the city.

“The distributed approach would have all other neighbourhoods in Victoria accommodating their fair share, fair and equitable share, of the roughly 275 individuals who are sheltering outdoors in Victoria,” said community co-ordinator Sarah Murray.

Council will once again debate its homeless camping plan, including the possibility of including Royal Athletic Park, on Thursday. 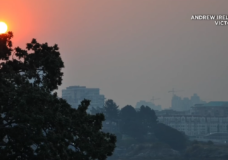 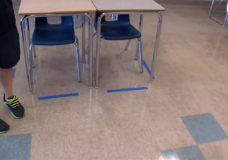 Schools deemed ready for students in the Comox Valley