Posted: Nov. 10, 2022 1:17PM | Last Updated: Nov. 10, 2022 5:48PM
CHEK News
Despite Environment and Climate Change Canada's forecast for snow on Nov. 7, the City of Victoria did not open overnight or warming centres for homeless residents until late in the evening.

The City of Victoria will enter into a funding agreement with BC Housing for its Extreme Weather Response after council unanimously approved a staff recommendation.

Under the agreement, BC Housing will give money to the city for nighttime warming centres during extreme or prolonged cold weather.

“The BC Housing Extreme Weather Response Policy 2008 funds community-based services to provide extra emergency shelter beds for people who are homeless during periods of severe weather. The program is designed to fund time-limited temporary shelter spaces, but does not provide funding for shelter outside of weather-related emergencies,” said Dan Atkinson, Victoria’s acting fire chief.

“The policy clearly outlines BC Housing’s role in funding extreme weather response so that both communities and BC Housing will be better prepared to respond.”

However, the agreement between BC Housing and the City of Victoria is temporary. Council members said they would like to see the city explore a more permanent solution.

“It seems unfortunate that we would have to enter into an agreement such as this only on a short-term basis,” said Coun. Jeremy Caradonna. “I gather that the holdup here is not the City of Victoria, it’s BC Housing. In theory, we would like to enter into a permanent service agreement so that we’re not doing this every year.”

Victoria’s Extreme Weather Response overnight shelters are set to open when temperatures reach zero degrees Celsius or lower, if there is sleet or freezing rain, if there is snow accumulation on the ground, or if there are sustained periods of high winds.

On Nov. 7, Environment Canada was forecasting snow for the South Island, but despite that the City of Victoria told CHEK News there were no plans to open overnight shelters due to no one being available to run them.

READ MORE: No one to coordinate: Victoria not opening extreme weather shelter spaces

That changed, however, when at 10:46 p.m. that evening the city announced it would open warming centres.

❄️Due to extreme weather, the City has opened a warming centre from 11 p.m. Nov 7 to 8 a.m. Nov 8 at the James Bay United Church at 511 Michigan St. pic.twitter.com/mvZQQKzJwF

Coun. Matt Dell acknowledged that staff were able to put together a warming centre after the early snowfall, and thanked staff who “scrambled” to make the spaces available.

“It was a freak snowstorm very early for Victoria, I think caught a lot of us off guard, and I’m just thankful to see how many people care deeply about this and were working quite late into the night to get that going,” Dell said.

Coun. Krista Loughton says while she supports this motion to enter a funding agreement with BC Housing, she feels the criteria for when the emergency weather response is triggered should be altered.

“I do think, as I’ve mentioned, that the activation criteria needs to be reconsidered. I think the problems we had this week were were due to that,” Loughton said. “It can also be very cold at minus two or three in the rain. So I think that’s something that council is going to have to look at changing as soon as possible.”

Councillors Dave Thompson and Susan Kim said while they support this motion, they would like to see more done to address the root cause of homelessness, with Thompson saying council should do more to advocate for the provincial and federal governments to take action in this area.

Thursday also marked the first Committee of the Whole and council meetings for the virtually brand-new council, with only Chris Coleman returning to the position he once held before leaving in 2018, and former councillor Marianne Alto taking over as mayor.

-With files from CHEK’s Kori Sidaway 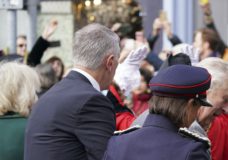 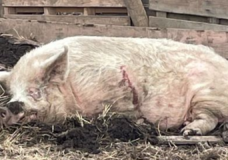