Posted: Sep. 10, 2020 6:51PM
CHEK
WatchThe decision comes just a few days after an encampment was shut down in Centennial Square, following weeks of crime and violence there.

It’s a shocking move for some, following weeks of crime and violence in Centennial Square, including a drug trafficking investigation.

“I think equity between neighbourhoods is essential,” said Coun. Ben Isitt in the council meeting.

“Indicating that no sheltering would be permitted in the parks system in the downtown neighbourhood would have an inequitable impact on other neighbourhoods.”

As the encampment at Centennial Square shut down, camps in surrounding neighbourhoods like Central Park in North Park have been growing.

Now that camping is allowed once again in Centennial Square, the area needs to be fully remediated, which staff expect to take two to four weeks. Staff are also being delegated to report on the impact sheltering has on the downtown business area, and come back with that in four weeks.

And businesses, already struggling to survive the pandemic, are frustrated with city hall’s yo-yo-ing.

“I think our members are really frustrated quite frankly, that city council spent four hours debating camping issues among 250 people and no time talking about the 1,500 businesses in the core or the thousands of jobs they represent,” said Jeff Bray, executive director of the Downtown Victoria Business Association

On the other hand, homeless advocates say banning sheltering downtown isn’t going to change much: those living on the streets will find ways to be near their resources.

“It’s not like they will magically disappear,” said Grant McKenzie, director of communications for Our Place.

“What that will likely mean is you’ll have people sleeping in doorways, stairwells, on sidewalks because people need a place to stay.”

McKenzie says no matter which location is chosen, the delivery of proper services (washrooms, showers, food delivery) to where they do set up camp is essential.

Victoria Mayor Lisa Helps said the ultimate goal for homeless sheltering is housing, hoping the city’s current population of homeless are housed by the end of this year.

The bylaw for Centennial Square sheltering is expected to be adopted Monday. 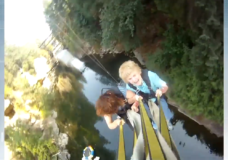 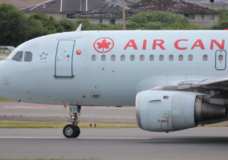