Posted: Jan. 2, 2020 6:13PM | Last Updated: Jan. 2, 2020 8:37PM
CHEK
WatchTwo Victoria police officers out for some fun in the sun in Hawaii over the holidays found themselves falling back on their training. They ended up stepping in during a sexual assault that left one woman injured. Julian Kolsut has the details.

Two Victoria police officers on vacation in Hawaii found themselves back on the job while on a morning run.

On Dec. 20, Constable’s Hayley Swann and Brent Keddell were running on the Big Island of Hawaii when they heard something in the distance.

“They end up hearing something, what they thought was a female screaming, weren’t quite sure ’cause it’s out of place, out of context, because they are on a vacation,” said Victoria’s Police Chief Del Manak.

“As they kind of were continuing on their run, they heard cries for help and screaming to the point they diverted their run.”

They stumbled on a serious crime.

“They came across these two women, who were highly emotional and very distraught and had been attacked. So one of the officers went to the two females and was just trying to console them…  finding out what had transpired,” said Manak.

“Constable Keddell saw a male that was nearby that was walking away from these two women so he immediately went towards that male and engaging him in a dialogue.”

The suspect has been identified as 32-year-old Justin Michael Bardwell, according to local media Hawaii News Now and West Hawaii Today.

He was also allegedly throwing rocks. One of the women was visibly injured.

Bardwell was arrested and is also a suspect in a local arson.

“Those charges are very serious, those are some of the most serious charges that someone can be charged with,” said Manak.

Manak added that he was very proud the two were able to help officers and the victims.

“One of the victims actually said to Const. Swan, not knowing she was a police officer… [that] the moment you put your arms around me and you asked how I was doing and how things were and what transpired I instantly felt safe,” added Manak.

“I am extremely proud… it exemplifies what Victoria police members do day in and day out.”

Const. Keddell ended up testifying on Christmas Eve. He will have to return to Hawaii again for the trial. 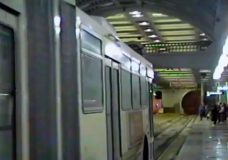 One man’s plan for a transit tunnel underneath downtown Victoria 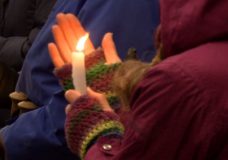