Victoria Police say eight youth were arrested over the weekend as officers responded to growing concerns about youth violence downtown.

VicPD previously said officers are responding to an increased number of calls on the weekend of youth from around the region coming downtown and drinking and being disruptive.

This past weekend, six youths were arrested for breaching conditions, vandalism, weapons possession and public intoxication.

Sadly, 1st arrest of the night. An impaired youth was damaging property in a parking lot on Store St. Breaching conditions & in possession of cannabis while underage. Seized along w a knife. #VicPDLive pic.twitter.com/MpJiInGTBh

Three of the six also required medical treatment for alcohol and drug intoxication. Some of the arrested youths were released with conditions not to attend downtown Victoria.

In one incident, a scooter was damaged in Bastion Square, and the scooter needs several hundred dollars worth of repairs including a shattered windscreen and body damage.

There were no reports of injuries due to the youth incidents.

Next stop, View Street where a group of youth were breaking windows. #VicPDLive pic.twitter.com/Tvmoccdp27

“I’ve not seen in the past young people coming downtown, gathering in groups of sometimes up to fifty or more, consuming alcohol or drugs and then committing this level of violence and vandalism,” VicPD Community Services Division Const. Mark Jenkins said. “It was back-to-back calls from the public during our Friday night deployment.”

Mia Golden, counsellor with Mobile Youth Services Team, said these acts could be stemming from teens spending the last few years in COVID-19 isolation and boredom.

“They’ve had three years of high stress and so we are seeing them cope in ways that are extreme including drugs, alcohol and violence,” Golden said.

Golden said that youth are naturally drawn to a sense of belonging and adventure, making situations like these violent acts seem fun and exciting. She added that more youth based infrastructure in Victoria and surrounding cities could help.

“We could definitely use more skate parks, we could have less barriers to activities that youth could access,” said Golden. “We don’t really have big, adrenaline sourced type activities for kids. We don’t have things like other cities like West Edmonton Mall or Wonderland parks.”

She said there are resources available for youth like drop in centres and recreation centres, adding teens could also find other activities that interest them like art, music or sports.

VicPD will be back at key locations this weekend.

While we aren't doing #VicPDLive tonight, officers are returning to downtown #yyj hotspots as we continue to respond to concerns about youth violence & vandalism, seizing alcohol, drugs & weapons as needed. pic.twitter.com/SxycLjwJ7y 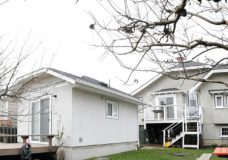 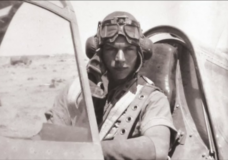