There was good news for some tenants of a Nanaimo apartment complex that caught fire Saturday morning.

Half of the units were deemed safe enough to return to, but it’s more waiting for those who live on the side of the building where the fire broke out.

Rose David is among the tenants relieved she can return home Sunday after the fire ravaged part of the building she’s called home for 11 years.

“Everyone pulled together for us, emergency and such. We had a warm place to stay last night. Very thankful to come home to our place,” said David in an interview with CHEK News.

On Saturday morning, the fire broke out in a unit at the Millstone Avenue property, which is managed by Devon Properties.

Everyone evacuated the building, and on arrival, firefighters put the fire out as quickly as possible, though at least five units were damaged by the smoke, fire, and/or water.

Everyone got out of the building, but one cat was killed.

On Sunday morning, those living in the seven units on the other side of the building’s firewall could return home.

“Very fortunate,” said Camellia Noel, one of the tenants.

“I was very glad that our firewall worked. Happy we’re getting home. It was a very hard night last night.”

A small army of restoration workers arrived at the property Sunday to close up the building and begin cleaning the heavily damaged side.

It’s unclear if any of the building’s other tenants will be able to return to their homes anytime soon.

“My heart is breaking for them. I hope they can find a place. I don’t even know what to think for them ’cause that’s like seven people out on the street looking for a place in a zero-rental market,” said Noel.

“I feel really sad that they’re displaced and I’m hoping that our managers will at least find somewhere for them to live, and someone losing their pet also really affected all of us,” said David.

She’s hoping and praying all evacuated residents will end up with homes, especially as the weather gets colder and Christmas is around the corner.

An investigation into the cause of the fire is still slated for Monday. 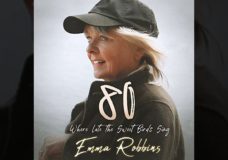 Sidney singer, 80, releases first-ever album: 'Whatever your passion is, just do it' 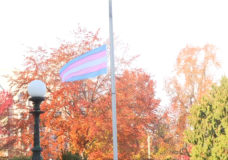