Vancouver Islanders practice what to do when an earthquake strikes

WATCH: It’s a timely reminder that Vancouver Island is situated in an earthquake zone. The Great ShakeOut drill happened this morning across the province, a year since most last practiced how to “drop, cover, and hold on.” Mary Griffin reports.

At 10:18 a.m., the earthquake drill started. The students at Quadra Elementary sprung into action and went under their desks.

“We are getting the opportunity to practice more than one aspect of the school emergency plan. So we are taking it a step above getting under your desk, drop, cover and hold on. We are practicing ‘what ifs’,” said Marg Cattelan, team crisis response leader at the school.

One of those scenarios is searching for trapped students and staff. Merlin, a specially trained rescue dog, locates student Hunter Wilford-Lund sheltering in a desk in the basement.

“At first, I was a little shocked, because the dog came up to me, it barked. Then it came up to me and licked my face. Then it barked more,” Wilford-Lund said.

At the B.C. legislature, once the siren started, people emerged from their offices and filed out of the building.  Premier John Horgan said the Great ShakeOut is very important.

“For me, this is a great opportunity to recognize and remember that we do live in a seismically active area, one of the most dangerous areas, in fact, in the country,” Horgan said.

In Vancouver, the SkyTrain had the opportunity to test an early warning system developed by UVic’s Ocean Networks Canada. Eight sensors placed on the ocean floor would pick up on an earthquake’s waves of energy and send a warning to the region.

“We receive those signals here. We’ve now developed a system that allows us to take action, and control of our trains should there be any bumps off that Cascadia subduction,” said Ron Powell, general manager for the Canada Line.

“OK everybody, under your desks!”

For now, drills like these practiced by students are the best defence in the event of an earthquake. 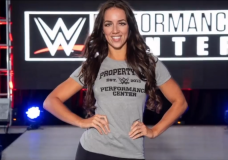 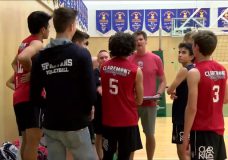