After the driest November in 40 years and a fairly mild December, Island residents were wondering if the trend would continue in the new year.

But Mother Nature has stepped in and said not so fast.

“Certainly we’re in a very active stretch right now we call this a parade of storms. We had two atmospheric rivers come through the area both Monday, Tuesday last week and again Thursday, Friday and now we’re right back into it Monday, Tuesday,” said Armel Castellan, a warning preparedness meteorologist for Environment and Climate Change Canada.

Through just the first five days of January, almost 40 millimetres of rain has touched down in Victoria,  putting the city on pace to drastically exceed the 125 millimetre total from January of 2019. But despite the rapid increase in precipitation, experts say it’s nothing too unusual.

“In a way, the atmosphere is trying to catch up, but I mean it doesn’t really care what happened before. It just giving us what is a very active stretch in the northeast Pacific right now,” said Castellan.

And it’s not just Victoria getting hit with heavy showers. All parts of the Island have seen extended periods of heavy rain. the rainfall warning is expected to be in place all across eastern Vancouver Island until Tuesday night. 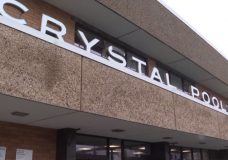 Victoria's Crystal Pool replacement project may start all over 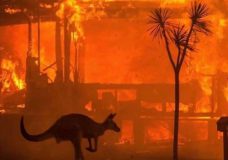