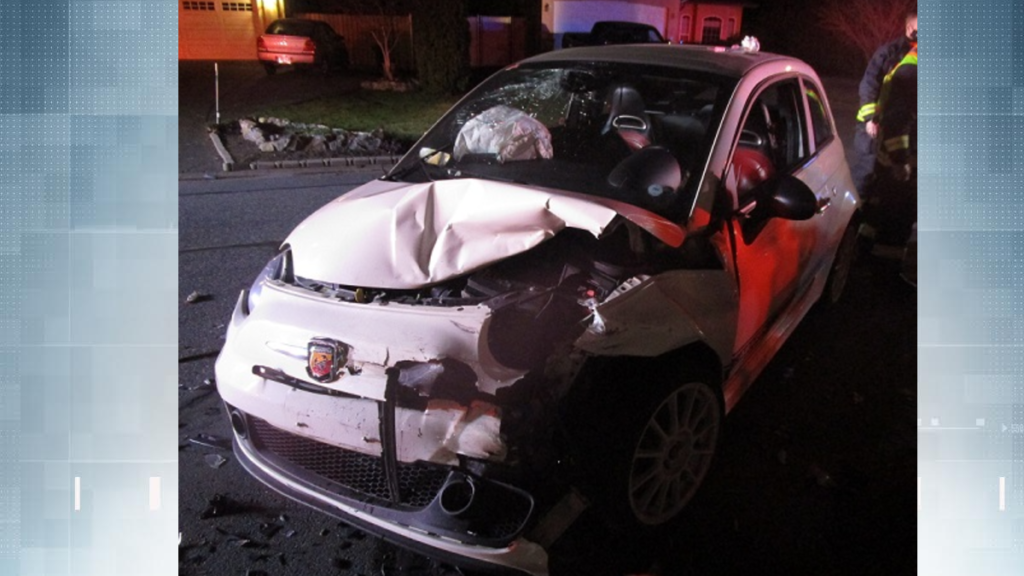 CHEK News
West Shore RCMP say this 2015 Fiat 500 was travelling at a high rate of speed when it crashed into two parked vehicles near the 2300-block of Selwyn Drive in Langford.

A 31-year-old man is facing a handful of charges including impaired driving following a crash in Langford.

West Shore RCMP say a 2015 Fiat 500 travelling at a high rate of speed crashed into two parked vehicles, a Hyundai Elantra and an Audi A3, near the 2300-block of Selwyn Drive in Langford at around 9:55 p.m. on Feb. 8.

The Hyundai was rear-ended, RCMP say, while the Audi was hit so hard that it was “pushed” nearly 30 feet from its original position and ended up on someone’s front lawn.

The occupants of the Fiat — a 31-year-old male driver and a 41-year-old passenger — both suffered major injuries and were transported to hospital.

RCMP say the 31-year-old driver, who did not have insurance, was displaying signs of impairment and will be facing charges that include impaired driving and excessive speed.

The driver was exhibiting symptoms consistent with alcohol impairment. Charges are forthcoming as police are continue the investigation into impaired driving, dangerous driving causing bodily harm as well as excessive speed and no insurance, Const. Nancy Saggar, media spokesperson with the West Shore RCMP, said in a statement. 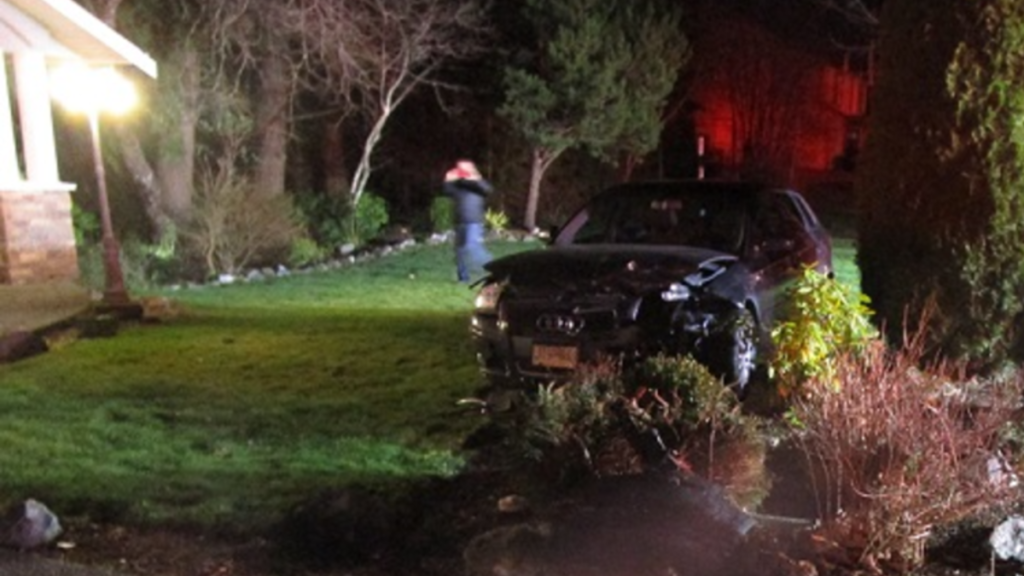 West Shore RCMP say an Audi A3 was hit by an impaired motorist so hard that it ended up on the front lawn of this home. 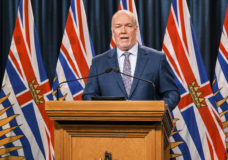 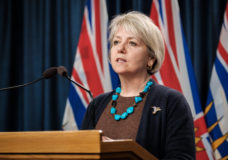