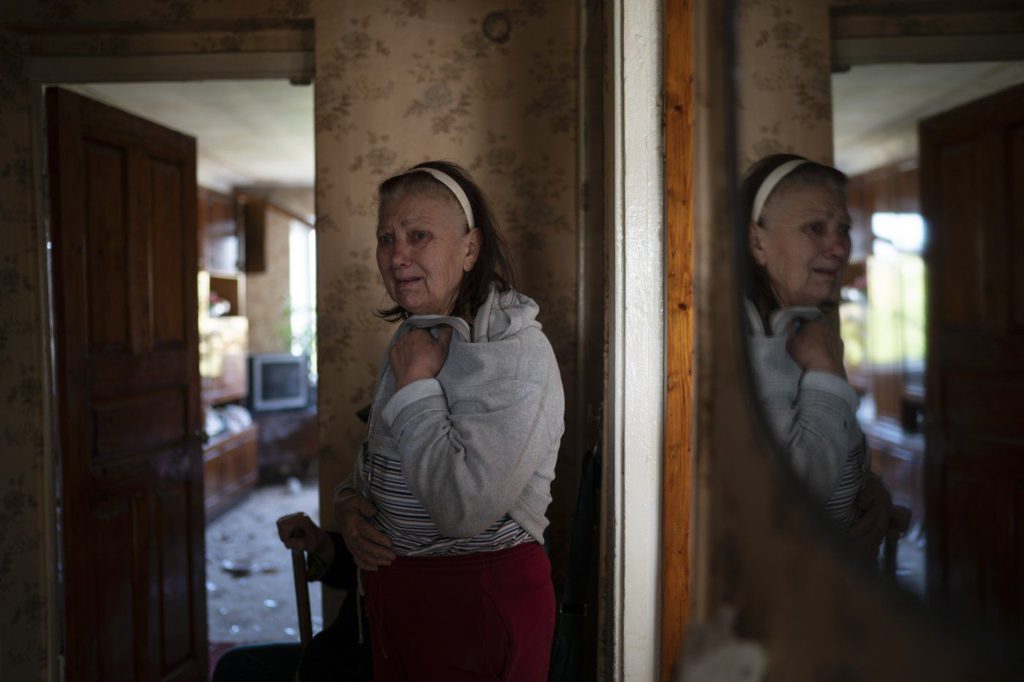 CHEK
Tetyana Lazunko stands in her apartment that was damaged after a Russian attack at a residential area in Zaporizhzhia, Ukraine, Sunday, Oct. 9, 2022. There was an explosion

The blasts that collapsed at least one high-rise residential building and blew out the windows of others came from six missiles launched in Russian-occupied areas of the Zaporizhzhia region, the Ukrainian air force said. The region is one of four Russia claimed as its own this month, but the regional capital remains under Ukrainian control.

In the immediate aftermath of the strikes, the city council said 17 were killed but later revised that down to 12. Regional police reported on Sunday afternoon that 13 had been killed and more than 60 wounded, at least 10 of whom were children.

The multiple strikes came after an explosion Saturday caused the partial collapse of a bridge linking the Crimean Peninsula with Russia. The Kerch Bridge attack damaged an important supply route for the Kremlin’s faltering war effort in Ukraine and a towering symbol of Russia’s power in the region.

Stunned residents watched from behind police tape as emergency crews tried to reach the upper floors of a building that took a direct hit. The attack collapsed several floors, leaving a smouldering chasm at least 40-feet wide where apartments had stood. Several hours later, the top floors caved in as well.

In an adjacent apartment building, the barrage blew windows and doors out of their frames in a radius of hundreds of feet. At least 20 private homes and 50 apartment buildings in all were damaged, and at least 40 people were hospitalized, city council Secretary Anatoliy Kurtev said.

Zaporizhzhia resident Mucola Markovich, 76, said he and his wife hid under a blanket when they heard incoming rockets and booms from blasts. “There was one explosion, then another one,” he said. Then, in a flash, their fourth-floor apartment was gone, Markovich said, holding back tears.

“When it will be rebuilt, I don’t know,” he said. “I am left without an apartment at the end of my life.”

Russian officials did not immediately comment on the strikes. Following Russian President Vladimir Putin’s annexation of the Zaporizhzhia region last week, Russia has repeatedly bombarded the city of the same name. At least 19 people died in Russian missile strikes on apartment buildings in the city on Thursday.

“Absolute meanness. Absolute evil. … From the one who gave this order, to everyone who carried out this order: they will answer. They must. Before the law and the people,” he added.

Tetyana Lazunko, 73, and her husband, Oleksii, took shelter in the hallway of their top floor apartment after first hearing air raid sirens and then an explosion that shook the building and sent their possessions flying.

Lazunko wept inconsolably as the couple surveyed the damage to their home since 1974, wondering why an area with no military infrastructure in sight was targeted.

“Why are they bombing us. Why?” she said.

While Russia targeted Zaporizhzhia before Saturday’s explosion on the Crimea bridge, the attack on the 12-mile-long span was a significant blow to Moscow. Russia annexed Crimea in March 2014 following a hastily called local vote, a move that drew U.S. and European Union sanctions.

Putin personally opened the $3.7 million Kerch Bridge in May 2018 by driving a truck across it in a symbol of Moscow’s claims on Crimea. The bridge, the longest one in Europe, is vital to sustaining Russia’s military operations in southern Ukraine.

The Crimean Peninsula is a popular destination for Russian tourists and home to a Russian naval base. A Russian tourist association estimated that 50,000 tourists were in Crimea on Saturday.

Putin signed a decree late Saturday tightening security for the bridge and for energy infrastructure between Crimea and Russia, and put Russia’s federal security service, the FSB, in charge of the effort.

Some Russian lawmakers called for Putin to declare a “counterterrorism operation,” rather than the term “special military operation” that has downplayed the scope of fighting to ordinary Russians.

Hours after the explosion, Russia’s Defense Ministry announced that the air force chief, Gen. Sergei Surovikin, would now command all Russian troops in Ukraine. Surovikin, who this summer was placed in charge of troops in southern Ukraine, had led Russian forces in Syria and was accused of overseeing a bombardment that destroyed much of Aleppo.

No one has claimed responsibility for damaging the bridge. Zelenskyy, in a video address, indirectly acknowledged the bridge attack but did not address its cause.

“Today was not a bad day and mostly sunny on our state’s territory,” he said. “Unfortunately, it was cloudy in Crimea. Although it was also warm.”

Train and automobile traffic over the bridge was temporarily suspended. Automobile traffic resumed Saturday afternoon on one of the two links that remained intact, with the flow alternating in each direction, said Crimea’s Russia-backed leader, Sergey Aksyonov.

The Institute for the Study of War, a think tank based in Washington, said videos of the bridge indicated the damage from the explosion “is likely to increase friction in Russian logistics for some time” but not cripple Russia’s ability to equip its troops in Ukraine.

“The collapsed lane of the road bridge will restrict Russian military movements until it is repaired, forcing some Russian forces to rely on the ferry connection for some time,” the institute said. “Russian forces will likely still be able to transport heavy military equipment via the railroad.”

While Russia seized areas north of Crimea early in its invasion of Ukraine and built a land corridor to it along the Sea of Azov, Ukraine is pressing a counteroffensive to reclaim that territory and other parts of Ukraine Putin illegally annexed this month.

The Ukrainian military on Sunday morning said that fierce clashes were ongoing around the cities of Bakhmut and Avdiivka in the eastern Donetsk region, where Russian forces have claimed some recent territorial gains.

In its regular social media update, the General Staff of the Armed Forces of Ukraine did not acknowledge any loss of territory but said that “the most tense situation” on the entire territory of Ukraine had been observed around the two cities.

The regional governor of Zaporizhzhia reported that the death toll had risen to 32 after Russia’s missile strike on a civilian convoy making its way out of the city on September 30. In a Telegram post, Oleksandr Starukh that one more person died in the hospital on Friday.

A part of the Zaporizhzhia region currently under Russian control is home to Europe’s largest nuclear power station. Fighting has repeatedly imperiled the the Zaporizhzhia Nuclear Power Plant, and Ukrainian authorities shut down its last operating reactor last month to prevent a radiation disaster.

The International Atomic Energy Agency, the U.N.’s nuclear watchdog, said Saturday that the Zaporizhzhia plant has since lost its last remaining external power source as a result of renewed shelling and is now relying on emergency diesel generators. 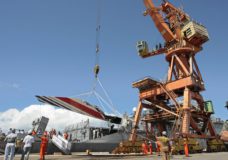 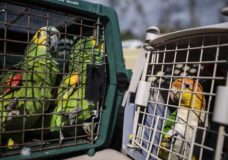 Rescuers flock together to save 275 parrots stranded by Hurricane Ian