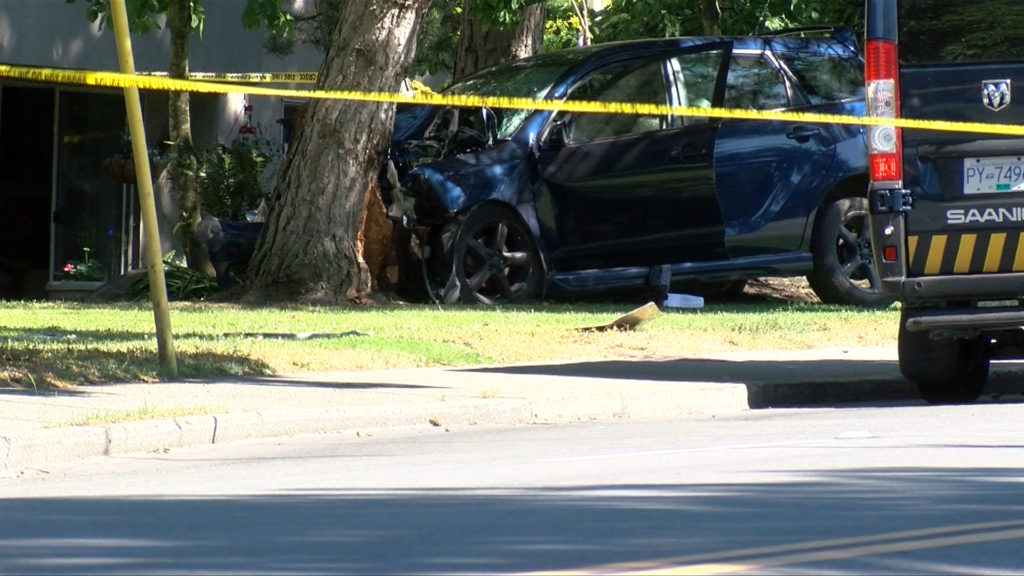 CHEK
Saanich Police responded to a car that crashed into a tree on July 1, 2022. (CHEK News)

Two occupants of a vehicle were taken to hospital after crashing into a tree at the corner of Quadra Street and Union Road.

Saanich Police say the vehicle crashed into a tree around 2:45 p.m.

Only one vehicle was involved in a collision.

Barb Montgomery, who lives in the apartment on the corner of Quadra and Union, says she heard the crash when she was sitting in her apartment.

“I heard the screech of brakes, and then the bang, it was huge,” Montgomery said. “By the time I got out here, there were all kinds of people around lots of witnesses, I guess, and they were helping the two young fellows get out of the car, and they weren’t mobile. They had to lay them down on the ground.”

Between 2017 and 2021 there were four crashes on this corner, according to ICBC, and Montgomery says the municipality just put upgrades to make the corner safer.

“I think last summer, did a little maneuvering with it. And you know, they added some more pavement things, but I don’t think it’s enough,” Montgomery said. “I’d love to have a barrier right between us and that road, four lanes of traffic, but I don’t think that’s going to happen.” 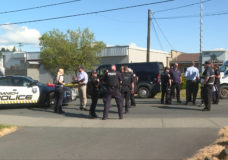 ‘So many questions we want to know’: Expert offers possible reasons why details are being withheld in Saanich bank robbery 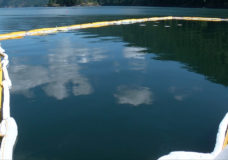