Two semi-trailers collided along the Island Highway in Nanaimo, resulting in the closure of northbound traffic on Wednesday.

According to Nanaimo RCMP, the incident took place at approximately 7:40 a.m. on Wednesday, May 5, just 200 metres north of the Island Highway and Northfield Road intersection.

Police say that one of the two drivers involved in the collision was injured as a result of the crash and was transported to the Nanaimo hospital with injuries.

“One driver was injured [and] taken to hospital with life-threatening injuries. There’s no update on her status,” said Const. Gary O’Brien with Nanaimo RCMP. O’Brien said she’s a 35-year-old Nanaimo woman.

She was driving a marked Tim Horton’s delivery truck. The male driver of the other transport truck was not injured and police say he has been cooperating.

Police say they don’t yet know what caused the semi-trailers to collide.

“The driver, the 35-year-old female was the one in the rear, she collided with the semi going northbound in front of her,” said O’Brien.

Police say immediately after the crash a number of people helped extract the injured driver from her truck, provided first aid and stopped traffic.

For hours the parkway was closed northbound as police, the BC Coroner’s Service and Commercial Vehicle Safety branch investigated.

“We’re asking for anyone with dashcam video to come forward. We have received some. It’s been very useful but we’re looking for more to fill in the pieces,” said O’Brien.

Construction worker Tony Loudon drove by the crash minutes after it happened.

“The Tim Horton’s truck was still smoking and you could smell the burning engine and burning tires,” said Loudon.

Loudon stopped and took this picture and says his thoughts have been with the driver throughout his day.

“All the best and wishing all the best to all that were involved. Yeah, it’s never good to come across a scene like that,” said Loudon.

Both trucks will undergo mechanical inspections.

Police opened the Parkway’s northbound lanes late this afternoon, more than eight hours after the crash.

Northbound traffic is not getting through on the #Nanaimo Parkway at Northfield road after a serious crash involving two transport trucks ⁦@CHEK_News⁩ pic.twitter.com/c5mNmjo2Au 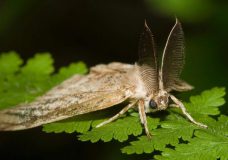