February 29, 2020 updated
James Tedford
WatchFlames are seen coming out of the cab of a dump truck at Okotoks Drive and the Trans-Canada Highway on Feb. 28, 2020.

Drivers saw flames and smoke on the Malahat Friday after not one but two commercial trucks caught fire.

Firefighters found the cab of a truck fully engulfed in flames when they arrived. They were able to extinguish the fire.

Firefighters and police officers left the area at 2:17 p.m. while the driver waited for a tow truck. Hyde said the driver was able to pull over in a safe area and get his possessions out of the vehicle before calling for help.

James Tedford said he was heading north at around 1 p.m. Friday afternoon when he noticed smoke coming from a dump truck on the Okotoks Drive pullout. Tedford took some video of the truck fire.

Earlier in the day, The Zone 91.3 radio station in Victoria shared a photo of another truck on fire on the Malahat, just south of the summit. The Malahat Volunteer Fire Department said the driver was able to put out the fire on his own.

There were no injuries in either incident. 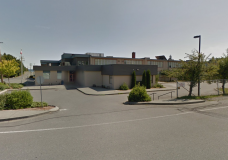 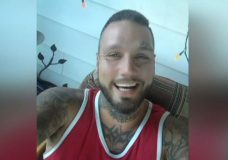