Posted: Aug. 20, 2020 5:45PM | Last Updated: Aug. 20, 2020 6:10PM
CHEK
WatchTofino is seeing waves of tourists in numbers never seen before, since re-opening from COVID-19 closures. Records are being set throughout the town but it is coming with a dark side, garbage and littering.

Tofino is seeing an increased number of tourists since reopening from COVID-19 closures, according to local residents, and now there are concerns about the environmental impact.

On Thursday, Connie Stanclik, a visitor from Ontario, was seen posing for a photo at Tofino’s waterfront.

“It’s everything you expect Canada to be and that much more.”

The Ontario woman is one of the tens of thousands who have come to the area since the region reopened to tourism as B.C. moved into Phase 3 in June.

“Now we know why everyone is here now that we’ve seen it for ourselves,” said Stanclik.

Tofino Coun. Andrea McQuade says tourists are arriving in record numbers this summer, packing hotels, restaurants and shops. But she also said now too many have come.

McQuade said the number of visitors is overwhelming the tiny tourist mecca that’s known for its unspoilt beauty and laid back way of life.

“This year, let’s just say, it has been a bit crazy because everybody seems to want to go on vacation at the same time so we’ve got a lot of people camping in their cars because there’s no space left. Everything’s booked until mid-September,” said Tofino resident Steve Duff.

According to Duff, it happened like a flood gate.

“Mid-June they all showed up and haven’t left,” said Duff.

At Pacific Rim National Park, staff say with campgrounds and parking lots are overflowing with a new younger crowd.

“And with universities not being in house, we anticipate this fall there may be a lot more of those on-line learners coming out so the fall and winter season may be a lot busier than usual,” he said.

But locals say littering and human waste have been left behind, so they are worried about the impact travellers will have on wildlife.

“We have to ask younger travellers who may not have been to wild places to pack in what you pack out, to be respectful,” said McQuade. 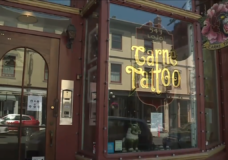 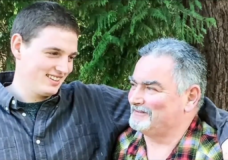