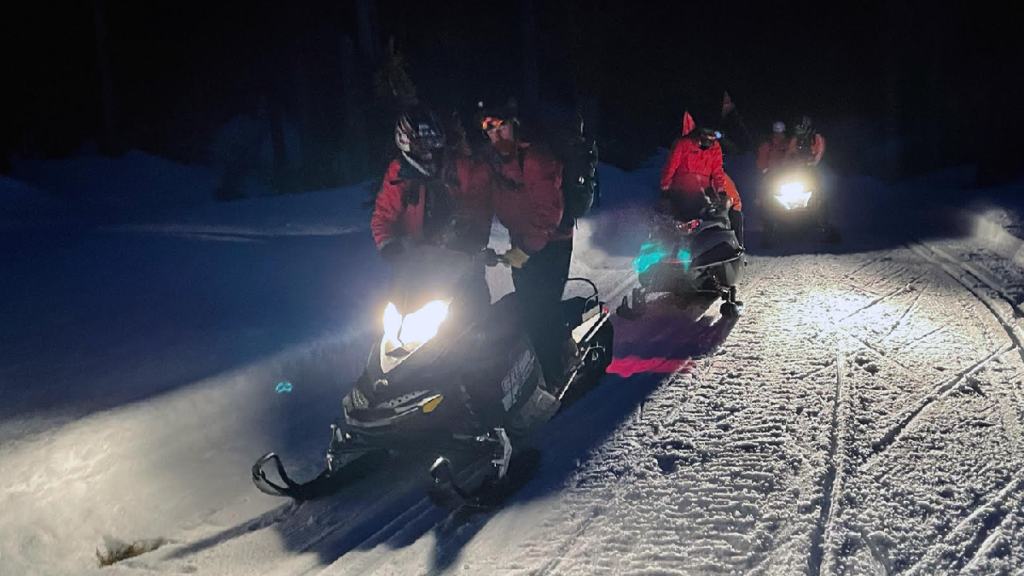 According to Comox Valley Search and Rescue, three snowshoers were lost on Mount Brooks, near Mount Washington, and required rescuing Friday evening.

One of the three individuals had a lower leg injury that was deemed serious enough that the 442 Squadron was called in to airlift the lost snowshoers to safety.

Paul Berry, search manager with Comox Valley SAR, told CHEK News the call came in at around 6:30 p.m. and didn’t appear to be anything complicated.

“It seemed pretty straight forward but once we determined where they were and got into the area, it took a couple of hours to reach them,” he said.

Berry explained that snowshoers thought they were on Mount Elma but were really on Mount Brooks.

“They did have a GPS but for whatever reason, their GPS was indicating that [Mount] Brooks was the direction they should go, however, it was leading them away from the[Mount Washington] resort instead of towards it,” said Berry.

The conditions on Mount Brooks weren’t great and made the rescue effort more challenging, said Berry.

“Snow conditions were poor, it was very deep snow and very icy in many spots and so to be able to move the injured individual out we were going to have to do it with basically a man-pulled toboggan,” said Berry.

Rescuers eventually determined that the best course of action was to call in the 442 Squadron, which is based out of nearby CFB Comox.

“It was going to be a long long haul over very very treacherous terrain,” Berry said.

A CC-115 Buffalo arrived first, dropping flares and lighting the way, while a CH-149 Cormorant followed and was used to lift the stranded snowshoers to safety.

By around 3:00 a.m. Saturday, all three snowshoers had been safely removed from the mountain.

“It was not a walk in the park by any stretch of the imagination,” said Berry.

Mount Brooks is approximately 25 kilometres northwest of Courtenay and located near Mount Washington. 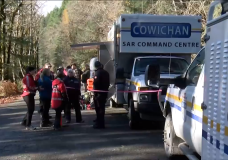 'Pushed to their limits': Ground search and rescue groups in B.C. report busiest year on record