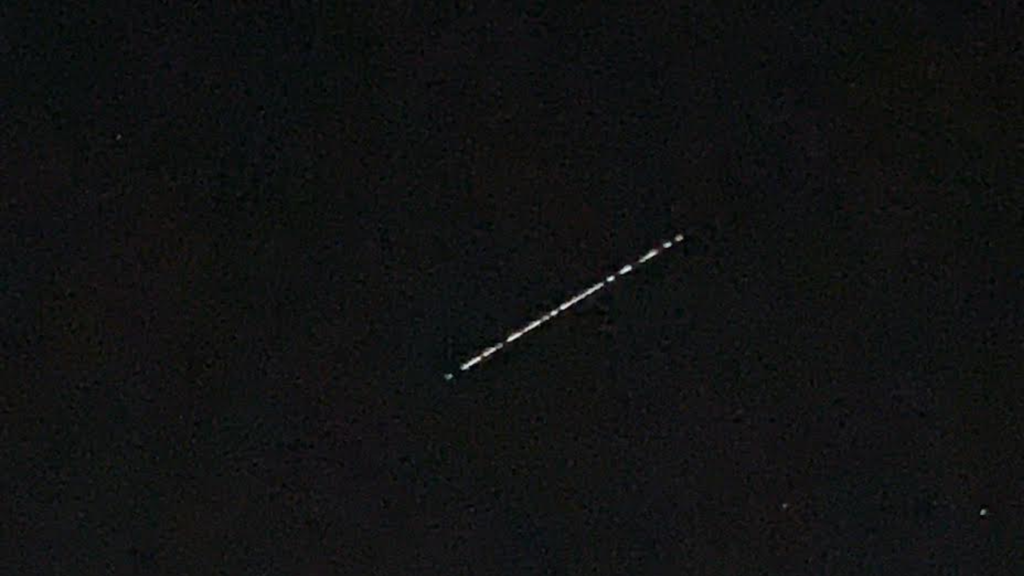 CHEK
A string of lights in the night sky above the Victoria harbour at around 10:30 p.m. Saturday (April 30). The lights are likely were satellites launched from SpaceX's Falcon 9 orbital class reusable rocket. (Photo credit: Bev Sellers)

If you saw a string of lights fly through the sky on Saturday night, you weren’t alone.

It turns out people across Vancouver Island reported seeing a series of bright lights between 10:00 p.m. and 10:45 p.m.

What just flew by Victoria BC #yyj ???? Looked like drones. Saw this at 10:30pm @CHEK_News motion blur doesn’t do pictures justice. Looked like light drones you would see at a show pic.twitter.com/GDVMduTYEV

CHEK News received multiple e-mails from people who said they witnessed the lights fly over Victoria.

One person described them as silently “floating” through the night sky over the Victoria waterfront. Another said they appeared to be moving very slowly.

So what were they?

Although CHEK has not received any official confirmation, the most likely explanation is that they were satellites launched from SpaceX‘s Falcon 9 orbital class reusable rocket.

Starlink is a constellation or group of satellites that provide broadband internet service and is operated by SpaceX. Satellites have been deployed in more than 30 countries including Canada and recently Ukraine.

Once these satellites are released, they begin to fan out across the sky, forming a long line of light that is often visible at night.

According to Spaceflightnow.com, the 53 satellites released on April 29 were placed into a “near-circular orbit at an average altitude of 192 miles [310 kilometres] for deploying of the 53 flat-packed spacecraft, each weighing a bit more than a quarter ton.”

Similar sightings of Starlink satellites have occurred in the United States in recent years. A recent sighting, according to NBC 5 Chicago, was reported by multiple people in Illinois, Michigan and Ohio.

Belatedly updated the Starlink Stats page to include the latest (Group 4-16) launch. Now 2441 Starlinks launched, 2196 still in orbit, 1717 in the operational shells. https://t.co/XIZqR38rho 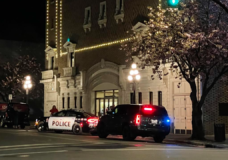 One arrested for assault and mischief following fight in Victoria 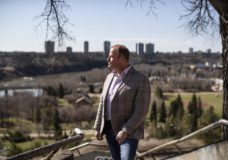