This Week in History: The travelling exhibitions of the Royal BC Museum

Kate Kerr is the Touring Exhibitions Coordinator at the Royal BC Museum.

“We have several travelling exhibits that are going around the province at the same time. Our most exciting one right now is a version of the Our Living Languages exhibit that we have upstairs at the Museum.  All the content has been condensed into components that can travel around the province.

“Also” Kerr points out, “all the communities have their own information and knowledge, so we want to create that sense of community within these little villages and towns and municipalities all around BC, and then draw out their own experts in those communities, and create dialogue going on with what we send them.”

The exhibit was created in partnership with the First Peoples’ Cultural Council.

“Our first two venues were Langley and Port Alberni,” says Kerr. “The [travelling exhibit] that’s in Prince George, I’m hoping to keep it heading farther and farther north, as much as we can.”

Kerr and her staff are often the people driving these exhibits to various communities.

“So we have to actually consider where we’re going, and if we’re going to try and ship it up, or actually drive two days in the giant truck to get this exhibit to the communities that want to see it.”

But that effort means a lot. 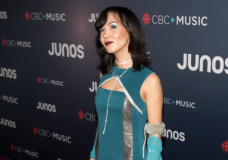 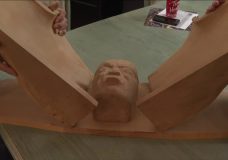 $10,000 worth of tools stolen from brain injury therapeutic centre in Duncan