The Royal BC Museum and Archives strives to gather and preserve the history of this province, including tales of early settlers who built British Columbia.  And that includes Punjabi Canadian immigrants, whose stories have not been as widely known.

One of those stories dates back to the early 1900s, and concerns Paldi, near the town of Lake Cowichan.  Paldi was once a thriving logging town.

Standing in a huge empty field, Joan Mayo, of the Cowichan Historical Society remembers the town that used to fill the area.

“Behind me, the mill, sawmill, and the burner, and the stacker, and the railway line ran along there…” says Mayo, pointing into the field.

Joan Mayo married the son of the founder of Paldi, Mayo Singh, who started the sawmill.

There were ‘houses everywhere,'” says Mayo. “And wooden sidewalks in between so they didn’t have to walk in the mud. And all different nationalities. Indo-Canadians in one area, the Chinese in another, the Japanese in another, so-called Caucasians intermixed with them all, and they all worked together, they all played together.”

“The electricity came on at six o’clock in the morning, and it went off at 11 o’clock at night, because it was run from the mill.”

These fascinating memories and many more will now be preserved, as the Royal BC Museum gathers stories from Punjabi Canadians around the province.

“At the provincial museum archives, we have recognized that there is a gap in our collections in terms of understanding and furthering the
understanding of the Canadian-Punjabi history.  That’s one community that we really feel that they had a shared history of discrimination struggles and accompaniments that we haven’t documented properly,” said Tzu-I Chung,  the RBCM’s Curator of History.

The Museum and Archives has partnered with the South Asia Studies Institute at the University of the Fraser Valley.

“We’re excited about the prospects of honouring, recording, and cherishing the history of Punjabis, who’ve contributed to the building of this province,” says Sharanjit Sandhra, from the South Asia Studies Institute.

“We share the same vision and mission, to actually document and preserve, as well as explore and share that kind of history,” Chung said. ‘Not just for the communities themselves, but for the general public, because this is our shared history.”

Chung explains that B.C. as a province relied heavily on the resource industry, and because of the shared ocean, many immigrants from the Asian-Pacific helped build this province, “which is really different from the traditional Canadian story from the east to west.”

The project means a lot to Mayo.

“The newcomers coming out from India these days, they really don’t know much about the early days, and how difficult it was for the early immigrants,” Mayo said.

“Even after I was married, my husband…there were places he wasn’t allowed to go because he was considered a ‘coloured man.’ He couldn’t get a haircut, he couldn’t go into certain clubs” says Mayo, shaking her head at the memory. “Some of [the newcomers] are just shocked at some of the stories.”

Stories that will now be preserved for future generations. 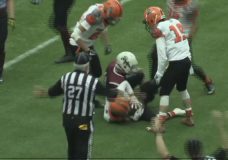 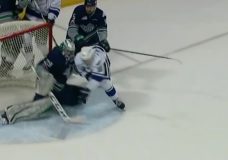