A huge water truck from a local Lafarge quarry was brought in to battle the flames late Friday afternoon as a home and business in the small Texada Island community of Van Anda went up in flames.

“It was a very hot and fast fire,” Van Anda Deputy Fire Chief Mark Robert told CHEK News. “The structure was fully engulfed, past from being saved, so we concentrated our firefighting efforts on the Van Anda store that’s next door and another residence on the other side.”

A man named Steve who lived and ran a sign-making business in the building was seriously hurt and airlifted to Vancouver General Hospital.

“There was just smoke and flames and it smelled horrible, it was horrible,” said Karen Irving who works at the Texada Market next door.

It is the only grocery store in Van Anda and Irving says it was saved thanks to the volunteer firefighters who responded from as far as Gillies Bay.

It will re-open Sunday after cleaning up smoke and water damage Saturday.

“I was very concerned. It brings tears to your eyes, it’s been there forever,” said Irving. “You can’t just run to the next Safeway or 7-Eleven or somewhere else, you have to go to Gillies Bay and a lot of people don’t drive. A lot of people walk, you can walk in Van Anda to just about everything and it’s not as easy as being in the city at all so everyone relies on the store.”

The 15,000 gallon Lafarge water truck was used for the fifth time at a structure fire, and without it the community’s water could have run out.

“We get our water from a lake and we had three engines hooked up to two hydrants and we were running six fire hoses and we can drain the water system faster than we can replenish it so we could have run out of water and possibly lost the store,” added Robert.

The cause of the fire is unknown and the investigation continues. 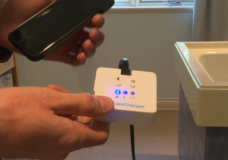 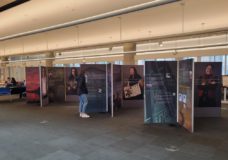