As COVID-19 variants continue to spread, there’s growing concern about the potential for school outbreaks.

It comes as people tested positive for the highly-transmissible UK COVID-19 variant at seven different schools in Surrey and Delta.

“Cases in schools mirror what’s happening in our community, so it was always a possibility we would see variants in schools,” B.C. Education Minister Jennifer Whiteside said at a media briefing Monday afternoon.

Fraser Health is now ramping up testing, including testing of people without symptoms. But health officials say that won’t be implemented province-wide.

“The recommendation is to not be tested if you don’t have symptoms because it doesn’t really change how you behave,” said Dr. Réka Gustafson, B.C.’s deputy provincial health officer.

In the Fraser Valley, contact tracing and rapid testing is now underway to try and identify any more cases of the variant.

Meanwhile on Vancouver Island, recent school exposures — like the one at Glanford Middle School in Saanich — have teachers calling on the province to do more to keep staff and students safe.

“I certainly am,” one mother told CHEK News. “They seem to be much more aggressive than the previous variants.”

“I’m just worried if my kids catch it, they’ll bring it home to my one-year-old daughter,” another mother said.

But despite mounting pressure to further increase mask policies in schools from both teachers and the opposition, the NDP government isn’t planning to make any changes.

“We have very robust health and safety plans in place and our experience has been, where safety plans are adhered to, we see very low transmission in schools,” Whiteside said. 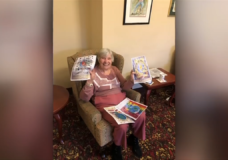 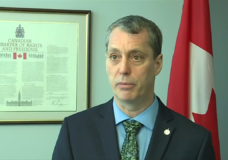