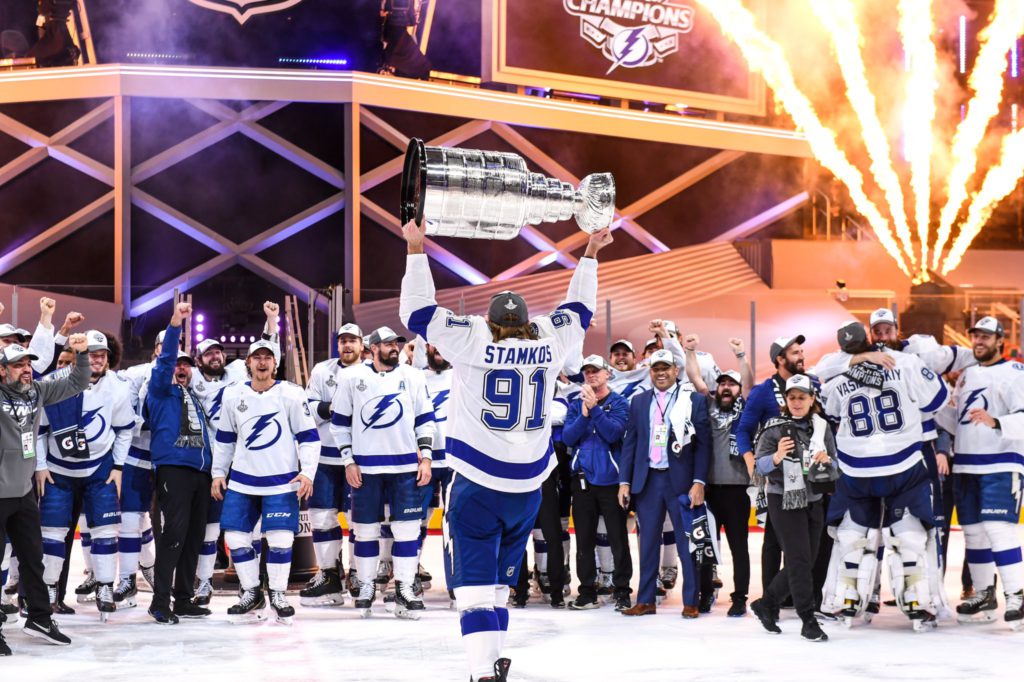 The Tampa Bay Lightning are the 2020 Stanley Cup champions, hoisting the NHL’s championship trophy Monday in a near-empty Rogers Place in Edmonton to cap off a surreal, bifurcated, bubbled hockey season for the ages.

Brayden Point and Blake Coleman scored the goals and Andrei Vasilevskiy stopped 22 shots for his first career playoff shutout in a 2-0 win, giving Tampa Bay a 4-2 triumph in the best-of-seven series over Vancouver Islander, Jamie Benn, and the Dallas Stars.

The Lightning players exploded off the bench as the seconds ticked to zero, tossing sticks and gloves and swarming Vasilevskiy, their whoops and hollers echoing off the empty seats and capacious tarps.

“This is the best moment of our hockey lives,” Hedman told reporters just before the players popped and sprayed champagne in the visitors’ locker room.

“Our kids (and) our grandkids, if they look at the Stanley Cup they’re gonna see our names. You can’t even imagine how proud you’re going to feel.”

No fans have been allowed into these so-called bubbled playoffs, with players isolated between contests to prevent contracting COVID-19.

NHL commissioner Gary Bettman walked out to centre ice to award the trophy, but this time not accompanied by the lowing boos from fans that had become an unofficial league tradition.

“To win in this place at this time under these circumstances is remarkable and frankly overwhelming,” said Bettman before he handed the silver barrel-and-bowl trophy to Lightning captain Steven Stamkos, who proceeded to lift it with two hands over his head.

In a twist on the usual Cup presentation, the players, coaches and staff gathered around Bettman, instead of standing off to the side as he officially awarded the Cup to the team captain.

The players cheered, fireworks went off behind the players’ benches, and other devices delivered bursts of flames, the heat of which could be felt high up in the arena.

Stamkos did not dress for the game, and played only 2:47 in the entire playoffs due to injury. He came out in his hockey equipment and jersey to accept the award and his first Stanley Cup.

Fans celebrating in Tampa were shown on all four sides of the video screen that hangs over centre ice.

It’s the second Stanley Cup in the 28-year history of the franchise. The first was in 2004.

It’s the first Cup for every Lightning player except Pat Maroon. The burly, bearded veteran winger won it all last season with the St. Louis Blues.

It’s also the first Cup win for head coach Jon Cooper, in his seventh full season behind the Lightning bench.

He defeated Dallas interim head coach Rick Bowness. Bowness had been hired by Cooper as a mentor in 2013 and served the next five years with the Lightning as his assistant. This was the first Stanley Cup where an assistant faced his former head coach.

Benn, talking to reporters, was a mute picture of devastation.

“It sucks,” he said. “You go through a lot with that group and ….” his voice trailed off.

Next question. What will you remember about this group of guys? Benn was asked.

Benn looked to the side, looked at his microphone, looked off into the distance. He didn’t speak.

The Stars franchise is now 1-4 in Cup play, dating back to its Minnesota roots. The lone championship came in 1999.

Vancouver council to vote on rezoning for planned 55-storey tower 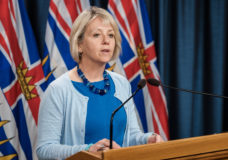 'We know who needs to be isolated': Parents shouldn't needlessly worry about COVID-19 exposure at school: Dr. Bonnie Henry