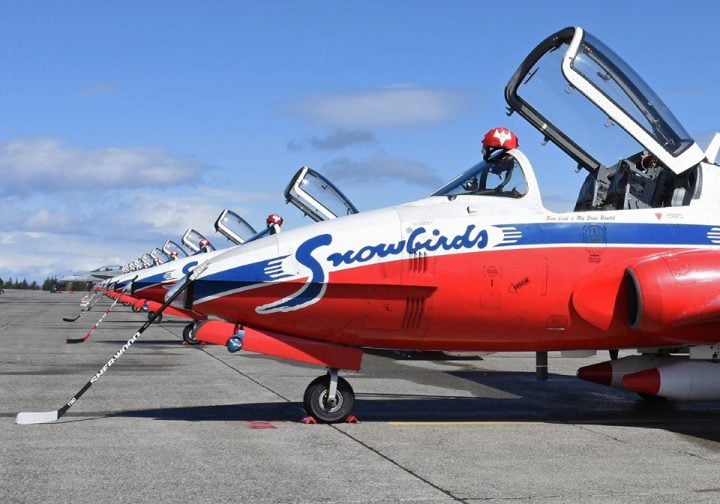 File
A Canadian Forces Snowbirds pilot had to make an emergency landing Monday morning after striking a bird near the Comox Airport.

A Canadian Forces Snowbirds pilot had to make an emergency landing Monday morning after striking a bird near the Comox Airport.

“During the practice, one of the Snowbirds declared an emergency because of a suspected bird strike, that’s the normal protocol to follow. Any type of bird strike, every time it happens, they have to do that and follow those procedures,” said Ferris.

The Snowbirds, whose fleet is made up of Canadair CT-114 Tutor jets, have been practicing out of the 19 Wing Comox since May 4, preparing for their upcoming season in June.

Ferris said the suspected bird strike happened shortly after the pilot had performed a maneuver. He said the pilot followed all the proper procedures and was able to land the plane safely without any issues.

“We always make sure that the procedures are followed like to the letter and we are overly cautious,” he said. “The aircraft will still be able to fly no problem all the way to the landing spot.”

It’s unclear at this point when the plane will return to the air, but it won’t impact the team’s ability to practice since the team brought 11 Tutor jets with them.

“We can still change aircraft,” said Ferris. “We still have two more aircraft that are needed for the airshow. So the practice for the air show will still happen this afternoon. They’re still flying.”

While it is not common, bird strikes do happen more than people might think, according to Ferris.

“Bird strikes are not that rare of an occurrence and happen quite, I don’t want to say often, but it’s not that rare for an aircraft around the airport to have a bird strike, especially for a team, for example, like us,” he said, later adding. “I wouldn’t say common like it’s a weekly or bi-weekly occurrence, but it does happen sometimes.”

The suspected bird strike in Comox comes nearly a year after a fatal Snowbirds crash in Kamloops, claiming the life of Capt. Jennifer Casey, a public affairs officer and former Royal Roads University student. A Royal Canadian Air Force preliminary investigation report into the crash released last year suggested that a bird strike was one of the possible causes.

Ferris said a key difference between the suspected bird strikes in Comox and Kamloops, is that the pilot in Comox was flying at a much higher altitude.

“The aircraft had a lot of altitude, actually. I’m not exactly sure how much but he did have some altitude and he followed the procedures that were correct and were supposed to be done for that situation,” he said.

The Snowbirds’ 2021 schedule is set to kick off at an undetermined location on June 5 but could change due to the ongoing COVID-19 pandemic. The popular air demonstration squadron is scheduled to perform in a handful of communities in Canada and the United States throughout the summer months, including Boundary Bay and White Rock in July as well as San Francisco and Huntington Beach, Calif. in October.

However, no Vancouver Island communities have been announced as part of the Snowbirds schedule. Asked whether there would be any stops on the Island this season, Ferris said more cities will be announced in the coming days, but couldn’t disclose any locations. 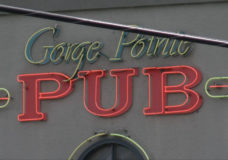 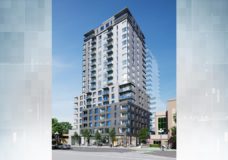