After a short drive over a just installed emergency bridge on Highway 4, much needed groceries began arriving by the truckload to Tofino and Ucluelet Sunday  — where milk coolers and produce bins were getting bare.

“I’ve never really seen it like this before. No. Never,” said Annabelle Willliams from the Tofino Co-op grocery store.

Just as soon as they could be rolled off the trucks, trolleys were out on the floor, staff working in tandem to fill shelves for families who’ve been waiting days.

“Yeah and our gas shipment came in this morning too so I am grateful for that,” said Tomlin.

The deliveries were due on Thursday, but when rock blasting sparked a rock slide on the Kennedy Lake portion of Highway 4 shutting down traffic, it only allowed light traffic in during certain periods.

The road closure stranded big trucks and RV’s on either side of the slide and cancelled many tourists plans.

But Tofino Mayor Josie Osborne says there was a silver lining to the sense of emergency the road closure created. It tested many people’s preparedness for being cut off to the outside world for days on end.

“We can’t plan for this kind of test. This is the kind of test of your systems and your own personal preparedness, emotionally and mentally and so it’s good to go through that,” said Osborne.

“Knowing that you know all will be well. So the end of the world isn’t upon us. So takeaways around personal preparedness and trip planning.”

Osborne expects food security is now top of mind for many who were impacted, and hopes it will lead to more family gardens and planning around preparedness in the months to come. 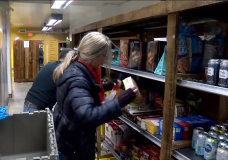 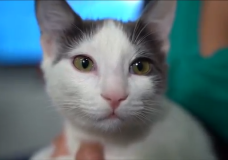