For the third time in four days, racist graffiti was spotted in the West Shore.

On Sunday, anti-semitic and Black racial slurs were spotted painted onto trees in a forest surrounding the campus of Royal Roads University.

The school worked quickly to remove the slurs and school president Philip Steenkamp said there is zero-tolerance.

“At Royal Roads, we stand against all forms of hate and we denounce racism in all its ugly forms. We have zero-tolerance for this on our campus or in our community,” he said in a statement.

The incident follows two other displays of racism spotted in Langford just a few days prior.

On Thursday, a swastika was spotted on the back of a traffic sign on West Shore Parkway. A little further up the street on a retaining wall at a construction site the message “white lives matter” could be seen in large red writing on Friday.

The saying is considered a racist response to the “Black Lives Matter” movement, which sparked in 2014 but rose to international prominence in 2020 following the death of George Floyd.

“I was outraged. I was pretty upset when I saw it.” Randhawa said. “In our community to see something so hateful on such clear and blatant display, you would hope not to see those things in your community and so to see that here was disheartening.”

Immigration co-ordinator for the Inter Inter-Cultural Association of Victoria, Florentien Verhage, says the messages are devastating but don’t come as a surprise.

“It’s enraging, it’s really hard to see that, but at the same time I’m not surprised.”

Verhage cites complacency as an issue, saying while great strides were made in the anti-racism movement, it’s clear that there’s still a long way to go.

“It really shows that we cannot become complacent to racism in our area, that it’s always been here, it still is here, and that we need to stand up to it together in the strongest way possible,” said Verhage.

West Shore RCMP declined to comment on the matter today, but are investigating all three incidents. Anyone with information can call them at 250-474-2264. 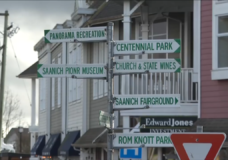 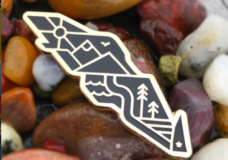