The general manager of the Kingfisher Oceanside Resort and Spa said the spa is closed following a fire on Wednesday.

According to Greasley, the employee grabbed a garden hose and fought the fire until Courtenay firefighters arrived to extinguish the flames.

“He risked his life and limb to ensure things didn’t get worse,” Greasley said.

Greasley said the fire started outside the building and the damage is predominantly on the exterior. There is water and smoke damage. Greasley said he expects the spa will reopen in four to ten days.

The restaurant and rooms at the resort are still open.

The Courtenay Fire Department is investigating the cause of the fire. There were no injuries. 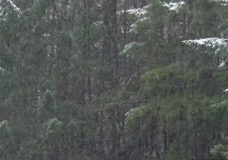 Snowfall Warning: Up to 10 cm expected from Courtenay to Campbell River