Posted: May 13, 2022 5:43PM | Last Updated: May 16, 2022 6:50AM
CHEK
Watch A Sooke family is looking for compensation from the province after two of their wells were damaged during Highway 14 construction. Mackenzie Read reports.

A Sooke family is looking for compensation from the province after two of their wells were damaged during Highway 14 construction.

The province is improving Highway 14, with a section along Sooke road getting a four-lane expansion.

Sue Daniels-Ferrie said part of the project included building a culvert on her property, which she claims damaged the wells, causing them to leak. She is now asking the province to help cover the costs to dig a new well.

The province did a well report in March 2020 and again in early March 2022, showing a difference in the well water levels since the work was done.

Daniels-Ferrie reached out to the Ministry of Transportation and Infrastructure in April asking for help fixing the problem and said they offered her a $20,000 lump sum to repair both wells.

According to Daniels-Ferrie, the ministry had asked her to provide a revised estimate of costs before taking action. However, she said there was no time and decided to go ahead and a 400-foot well.

“We are getting ready to come into the dry season so we can’t wait to get a well ready, to do it, and hook it all up because we will be out of water.” Daniels-Ferrie added.

Something she said she has never had to deal with over the more than 30 years she has lived on the property.

The family has submitted the receipts to the ministry, hoping for reimbursement. Daniels-Ferrie said she received a response that the ministry had denied the claim and withdrawn its original $20,000 offer, adding Daniels-Ferrie denied it.

“You are spending billions of dollars on [the project], I’m just asking you to fix the well you ruined,” Daniels-Ferrie said.

She added she reached out to her MLA, John Horgan’s office, for help, saying the response she got was there wasn’t much the MLA office could do right now. 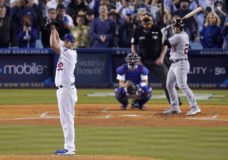 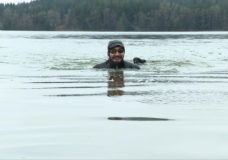