For the first time since last week’s fire, Schnitzer Steel Cassidy opened to the public on Monday.

One Ladysmith resident was among those glad to see its reopened.

“I’m really glad the fire didn’t take the whole place out because the next closest scrap yard for us, as far as I know, is down in Duncan, so really happy that they’re up and going again,” said Ron Howe.

But not everyone is happy to see Schnitzer Steel reopen the location after the massive fire last week that took 70 firefighters two days to put out.

Neighbours in the agricultural land reserve are awaiting test results about the safety of their drinking water after run-off from the fire entered nearby properties.

“When we have run off from burning tires and burnings chemicals and all of the stuff that’s in a car. We’re talking about piles and piles of rusted old cars yeah I’m concerned about it,” said Patti Gisborne, director of Sense of Place Youth Project.

Gisborne’s daycare is among those with their water shut off until testing is done.

She contacted Schnitzer Steel who has stepped forward to help.

“They very kindly offered to fill our tanks at the hall and bring in drinking water for our kids and we’ve basically been told that if we run out of the water they’ll just make sure it keeps coming,” said Gisborne.

But she says it doesn’t make sense for Schnitzer Steel to remain in the community.

“How is it that they’re even allowed to be there is more the question. Should they be there? Absolutely not and why are they there? I can’t begin to answer that question,” she said.

The latest fire comes after the company accidentally dumped dozens of scrap cars into the Gorge in 2015. A fire on a barge at its Victoria facility saw scrap cars burn in 2017.

Then in 2018, there were two fires at Schnitzer Steel’s Surrey facilities. One led to an air quality advisory across Metro Vancouver.

The Ministry of Environment inspected Schnitzer Steel Cassidy two years ago and found they were non-compliant with regulations.

In a statement, the company said: “We continue to pro-actively implement fire prevention and response measures at all our Canada metal processing yards, many of which go above and beyond what is required, and will implement any lessons learned from this event as part of our continuous improvement efforts.” 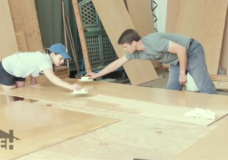 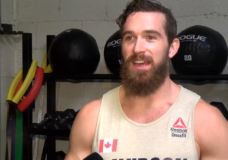