‘So many questions we want to know’: Expert offers possible reasons why details are being withheld in Saanich bank robbery

Three days after the bank robbery in Saanich, there are still few concrete details released about what happened, and one expert says this is likely to protect the integrity of the investigation.

On Tuesday, members of the Greater Victoria Emergency Response Team were called to the Bank of Montreal in Saanich for a bank robbery. In the incident, two suspects were killed and six police officers were injured.

In the following days, police have released few details, and information on the suspects, what weapons they were using, and the timeline of events are still unknown.

Benjamin Morgan, principal and managing director of the Centre for Crisis & Risk Communications says while it is natural to want to know more, there are likely reasons police aren’t releasing more.

“There are so many questions we want to know. Why and who was in our community? What are they doing here? Who are they?” Morgan said in an interview with CHEK News. “I don’t suspect that that’s being withheld just to keep everybody wondering, I’m certain that there would be some rationale behind withholding that information at this time.”

Morgan says while he isn’t involved in the investigation in Saanich, there are common reasons why details are withheld in investigations like this.

In the U.S., information around active shootings or other high-risk situations is often released shortly after the incident, and Morgan says there are some reasons why investigators in the Saanich robbery can’t do the same.

“Certainly the laws, privacy laws, etc. are a little different in the U.S. than they are here in Canada,” Morgan offered as one potential explanation. “If the deceased family members have not been identified yet that might be one of the considerations. [The information] may be a really important part of the investigation.”

Another piece is in B.C., once the Independent Investigations Office gets involved, Morgan says police departments are limited in what information they are allowed to share.

“In this circumstance certainly was such a big event with injured police officers, with fatalities involved I suspect that the Saanich Police Department is required to not share this type of information, because now it’s in the district or the investigation process of the IIO,” Morgan said.

“So I imagine in many circumstances that the Saanich Police Department will be restricted with what they are able to share.”

Additionally, Morgan says during investigations it is important to only share verified information, because sharing information then needing to correct it later can sever trust in institutions.

“A very important piece of communications, especially in circumstances like this is trust,” Morgan said. “And if organizations like the Saanich Police Department rush to provide answers without really understanding all of the different layers and all of the different subtleties and they come up with some wrong information that can degrade the trust.”

However, Morgan says that in crisis situations in the absence of official information, the community can fill the void with rumours and speculation.

“As much as the authorities don’t provide information, the community will interject with their own speculation, which can be very damaging and very challenging for many different organizations,” Morgan said.

“We saw that during the Boston Marathon bombing, where it took authorities three to five hours to really be a part of that conversation, and that void was filled with all sorts of speculation and accusations that really took investigators in the wrong direction.”

When crisis communicators are choosing what information to release and not to release, Morgan says there are a few considerations.

First is all information that will affect the public’s safety should be released. He says while the situation is ongoing, the information will be focused on things like telling people in a certain area to shelter in place, or to avoid an area.

The second consideration is determining how much to release in order to get information from the public or potential witnesses, while holding back enough to maintain the integrity of the investigation.

“What I mean by that is if we share the weapons that were used, were ‘x,’ if the police agency doing the investigation is interviewing a potential suspect or somebody that they believe would have information, if all of the details were made public, then if I were the suspect being interviewed, I could easily say ‘oh yes, these are the weapons we used,'” Morgan said.

“Where currently the only people that know what weapons were being used were the people involved in the actual incident. So it’s a it’s a very delicate balance.”

Rob Gordon, professor of criminology at Simon Fraser University says investigators may also still be looking in to motive.

He says banks don’t often have lots of cash on hand, so the robbery is an unusual one.

“It was a very unusual bank robbery for a suburban bank,” Gordon said. “It’s gotta be a very slick operation which is why not many of them occur. I mean, bank robberies in that sort of Butch-Cassidy tradition are a thing of the past.”

Given the weaponry and explosive devices, Gordon believes they were targeting the bank’s vault and safety deposit boxes.

“I think what you might have there is a couple of opportunists who had some inside knowledge and decided that it was worth a shot to get that money,” said Gordon.

-With files from April Lawrence 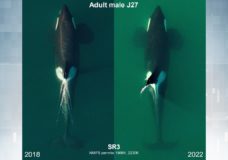 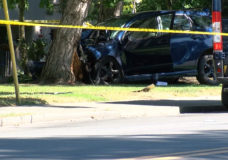