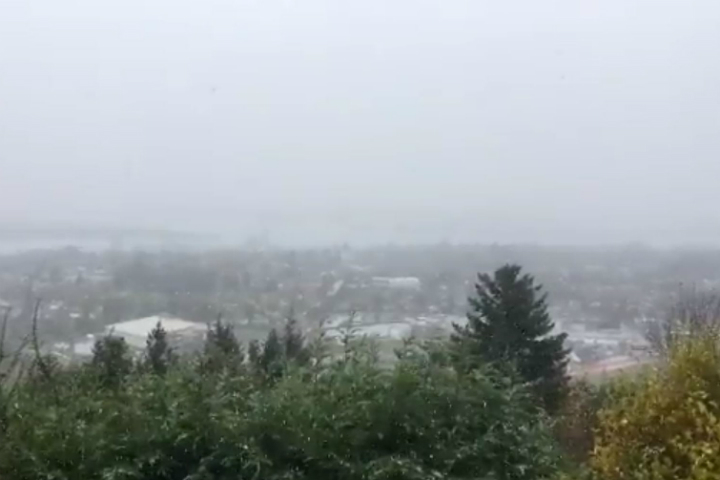 Snow in Nanaimo in November.

Environment Canada has issued a snowfall warning for East Vancouver Island from Duncan to Nanaimo.

The weather agency said five to 10 centimetres of snow is expected in the area by Tuesday evening. Precipitation will likely stay as rain at sea level but the rain will change to snow at higher elevations as the snow level drops to about 300 metres in the afternoon.

A deepening low-pressure system is expected to track across northern Washington State near the B.C. border on Tuesday. Rain will begin over the south coast on Monday evening and become heavier overnight. Cooler air will wrap around the low causing the snow level to fall during the day on Tuesday. 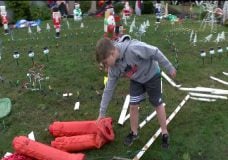