Snowbirds flocking to Vancouver Island because of border closure

Posted: Oct. 6, 2020 7:02PM | Last Updated: Oct. 6, 2020 8:30PM
CHEK
WatchWith the U.S. border closed due to the pandemic, Canadian snowbirds are travelling to Vancouver Island and filling up campsites this winter.

Vancouver Island campgrounds may have suffered in the spring because of COVID-19 but that has turned around in the fall.

With many Canadian snowbirds unable to go south to the U.S. for the season they’re heading west to enjoy a warmer winter here on Vancouver Island.

Lorraine and Eugene Bradford have spent falls camping in Nanaimo in the past followed by winters in the U.S. but that plan wasn’t possible this year.

“With COVID being sort of the precipitating factor, we really don’t have a choice,” said Lorraine Bradford.

Instead of heading south, the retirees will spend their winter in Nanaimo as well.

They’re part of a growing number that are travelling to Vancouver Island despite this typically being a shoulder season.

They see Vancouver Island as a safe destination, with relatively low reported COVID cases coupled with our warmer temperatures by Canadian standards.

“Viable option. We couldn’t go south. We hadn’t been on the island for a long time,” said Vince Jarvis who has spent the past four weeks touring Vancouver Island.

“Because we can’t go south and it just seemed like a good place to go. Nice and warm here,” said Nancy Jarvis.

At the Living Forest Campground, despite a weaker than normal spring because of COVID, they’re now facing their busiest winter on record.

“Winter business has been growing I think as more people have been coming out to the southern coast maybe with the aging population and more people retired,” said Rob Littlejohn, the general manager of Living Forest Oceanside Campground.

The snowbirds are coming mostly from the prairies and northern BC and they’re booking all over the Island.

“We’ve kind of got a running list of parks that have told us they have some space and there’s not many. Most parks are by now are pretty full,” said Littlejohn.

Living Forest says just a few of its 330 campsites are still available this winter for nightly stays as Vancouver Island becomes the destination spot for snowbirds this year.

This past summer Vancouver Island campgrounds filled with locals as travelling was advised against in light of the pandemic. 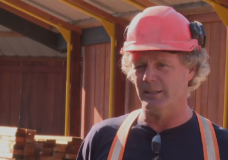 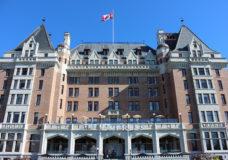 Victoria's Empress Hotel to close for 80 plus days next year