With his hat blowing in the wind and snow and his quad crushing the accumulations covering his Youbou driveway, Armin Merkel’s handlebar moustache was alive with a smile Monday.

“I just love it,” said Merkel.

“I just love it when it snows. I do. Just a mountain man, having fun in the snow.”

There was a lot of snow around the Lake Cowichan and Youbou areas Monday.

Residents said once the snow started, it just didn’t stop and road crews couldn’t keep up.

“The side roads are really scary.

It led to the cancellation of classes across the Cowichan Valley School district Monday.

Few think this will be a one-day event. With more snow in the forecast, there was a rush on supplies in case they get snowed in.

Should there be another storm, Youbou resident Mike Wilson will be ready with a fire and cold beer.

“It’s snowing and it’s not supposed to let up for a couple days apparently,” said Wilson. 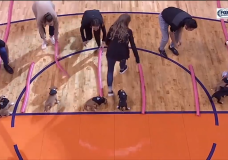 The CHEK Sports Plays of the Week-Jan 13 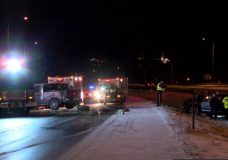