It wasn’t that long ago that people were leaving the small Vancouver Island town of Gold River.

That is until recently.

Decisions like the one Radley made are likely a part of why property assessments are up 17 per cent in Gold River this year.

The increase is no surprise to local realtor Rachel Stratton.

Only the Villages of Tahsis and Zeballos had higher increases.

“So we had more sales in some of our more rural communities on the Island such as Port Hardy or Tahsis,” said Tina Ireland of BC Assessments. “In Gold River, we’ve seen a record amount of sales there this year and so the sales and increased value is reflected in the assessed value.”

Nearby Tahsis recorded a 36 per cent increase, with the average single-family residential property now assessed at $135,000, up from $99,000 the previous year.

Village of Gold River Mayor Brad Unger says after a 7 per cent increase in residential taxes last year, the higher assessments this year will lead to a “real juggling act” especially in a place where people are not used to paying high property taxes.

“You know our parks and recreation department consumes about 93 per cent of our tax base so we want to keep those facilities running as full as we can but we need to keep taxes down too and it’s a hard mix,” he said. “But it’s tough right now to find a house available to buy.” 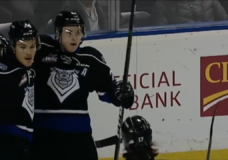 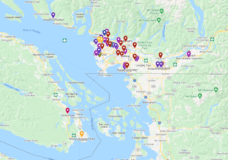