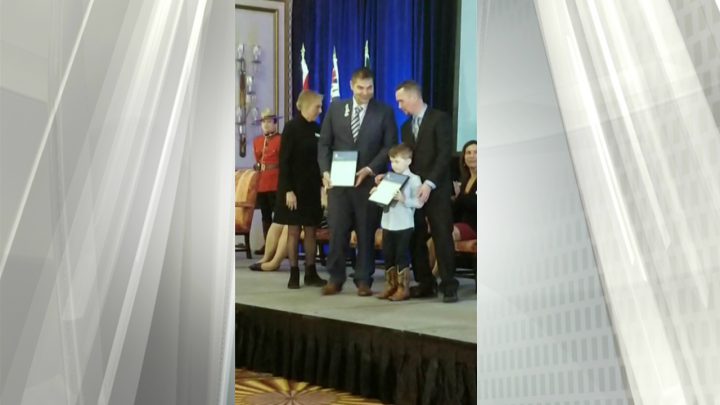 A brave little Colwood boy who helped save his mother from the freezing waters in East Sooke received recognition for his actions Saturday in Vancouver.

The Lifesaving Society awarded Jax Burnside and others the silver medal of merit, awarded to rescuers who save a life of someone in an aquatic emergency.

Six-year-old Jax ran and grabbed help after his mom, Shannon, fell in the water while they were crabbing at the Cheanuh Marina on Nov. 17.

Shannon and her son were both wearing life jackets, but the freezing waters started to make her go numb.

“Without Jax, it would have gone horribly, horribly wrong,” Shannon told CHEK News back in November.

“There is no way I was going to be able to pull myself up.”

Jax tried using Siri to call 911 or his dad for help but there was no service, so Shannon told him to look for help.

Jax was able to find Marina Employee Grant Sawyer heard him from about a hundred meters away.

“You could see his little legs running, I could hear him screaming “help” and obviously I started running down the dock and we could hear her in the water screaming,” said Sawyer back in November.

At that point, Burnside remembers losing her grip of the dock. She had been in the water already for about fifteen minutes and was nearly hypothermic.

Luckily Sawyer was able to grab a hold of her until more people came to help. Two other’s that had been watching them from their deck came running out as well.

The crowd of rescuers pulled Burnside from the water, and with the help from another woman with a boat, brought her back to shore to warm up— Sawyer monitored her vitals.

She suffered a dislocated shoulder and some cuts and bruises but says she is just happy to be able to tell her story and is beaming with pride that her child reacted the way he did.

The Lifesaving Society hosted their 107th Annual Commonwealth Awards for Honour and Rescue at the Fairmont Hotel in Vancouver. The Lieutenant-Governor of British Columbia Janet Austin was in attendance.

The organization is an active member of the community dedicated to preventing death and injury in, on, or near the water. 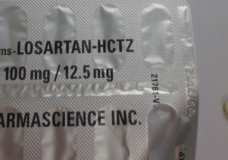 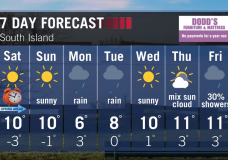