“It’s just such a beautiful place along the waterfront here and Johnny Cash just loves watching the birds,” says Ross.

But it wasn’t the wildlife that caught Ross’ attention recently ? it was farm animals.

“Suddenly when I walked along the street here, we noticed sheep hanging off the edge of the fence,” Ross says.

That’s because when NZ Builders began construction on a new home in the 300-block of Beach Drive a couple months ago, they decided to have a little fun.

“We needed a mascot, we needed something to liven up the boys a little bit,” says NZ Builders general manager Damon Gray. “You don’t want to be the same old boring job site so it’s good to have a few antics up our sleeve.”

Those antics involve constantly moving a large mamma sheep stuffed animal and her little lambs around the construction site. Sometimes they’re climbing up poles or standing on top of work trucks or hanging upside down and they were even riding a boat on Monday.

The animal antics have been so entertaining, people can’t help but take pictures ? including Ross, who started documenting the sheep shenanigans several weeks ago.

“It’s a fun thing to see and nice to see because so many construction sites aren’t places you want to walk by,” says Ross.

The sheep are so popular, the big mama sheep, Ms Florence, was actually sheep-napped a few weeks ago. It was baaaad (pun intended) and the kidnappers even left a ransom note.

“It was a bit unfortunate and we didn’t know where she went and there was a ransom note saying people needed some pies to get her back so we had to put all our pocket money together,” Gray explains.

She is now back where she belongs, supervising her flock, sheep security has now been stepped up.

For Ross, who had a flock of his own when he lived in the Okanagan, his favourite pose is of the mamma and babies climbing the hydro pole with one little one left behind.

“I think that’s typical of sheep ? there’s always one left behind and wants to be different,” Ross laughs. 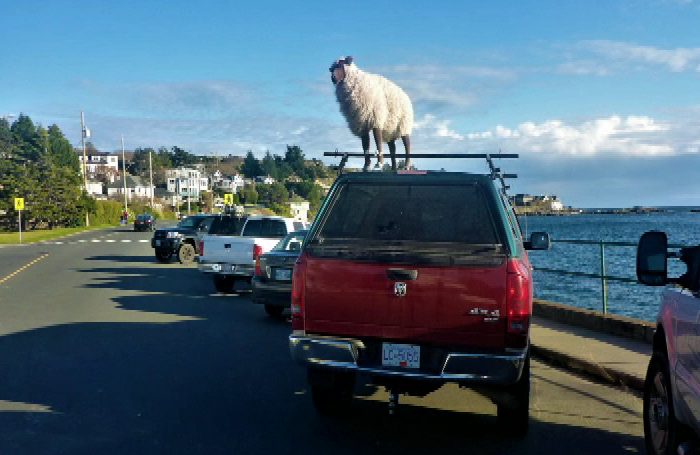 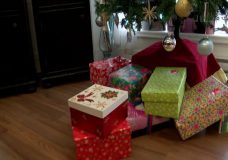 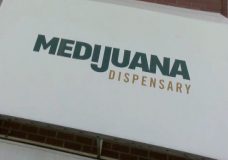