‘We have a lot of stories to tell’: Several Indigenous-made films to be featured at this year’s Victoria Film Festival

February 3, 2021 updated
CHEK
WatchThe Victoria Film Festival may be virtual this year, but it still has a diverse range of films to share, including several Indigenous-made shorts and features. Jasmine Bala reports.

Sharing Indigenous stories is the reason Vancouver Island director and producer Steve Sxwithul’txw got into the film industry.

“It’s really important to tell what’s happening in each of our territories because a lot of non-indigenous people don’t know what we’re doing,” said Sxwithul’txw, who is a member of the Penelakut Tribe.

With his new documentary short, Finding the Balance, Sxwithul’txw was able to do exactly that. It’s one of eight Indigenous-made films being featured at the Victoria Film Festival this year.

Finding the Balance is about four Southern Vancouver Island nations — T’Sou-ke, Songhees, Esquimalt and Sc’ianew — coming together to protect and monitor territorial waters. Three divers are tasked with the job of surveying and documenting what lies under the water.

“This is a story that really tells the tale of us being Indigenous, about protecting the environment and understanding what’s not only above ground, but what’s going on below the sea, into the sea,” explained Sxwithul’txw. “And that was really critical for me as an Indigenous director.”

“Our audiences want to see Indigenous films and we’re providing something that [there’s] already a demand [for],” said Barbara Todd Hager, one of the directors on the festival’s board.

Although the festival is going virtual this year because of the COVID-19 pandemic, Hager, who is Cree/Metis, said the VFF’s commitment to diversity hasn’t changed.

“Indigenous people have been here like 20,000 years, so we have a lot of stories to tell,” she explained, “and it’s really important to the Victoria Film Festival that we include diverse voices, and in particular, Indigenous voices, because we are a big part of Canadian history.”

The hope is that when people watch these films, she added, they come away with a better understanding of who Indigenous people are as nations and individuals.

The Victoria Film Festival runs from Feb. 5 to Feb. 14 and includes 50 feature films and 23 short films.

Tickets can be purchased at VFF’s website, priced at $8 plus tax for a single film or $79 plus tax for an all-access subscription.

All of the films are available to stream in British Columbia at any time over the 10-day festival. 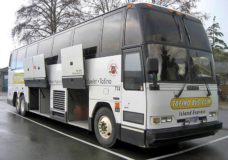