OTTAWA — Conservative Leader Andrew Scheer says there will be no more free rides in the House of Commons for the Liberal government.

Scheer says his Opposition intends to fight hard now that the days of a Liberal majority that could do whatever it wanted are over.

And he says Prime Minister Justin Trudeau should consider himself on notice that the Opposition won’t let him get away with anything.

Scheer was speaking at a meeting of Conservative MPs and senators gathered ahead of the return of Parliament Thursday.

His party is hoping that will change the focus after a brutal few weeks that has seen Scheer’s leadership challenged from all sides.

The leader is under pressure to make changes in his approach, staff and policy in order to hang onto his job.

This report by The Canadian Press was first published Dec. 4, 2019. 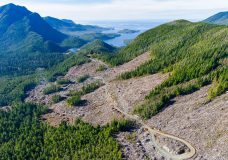