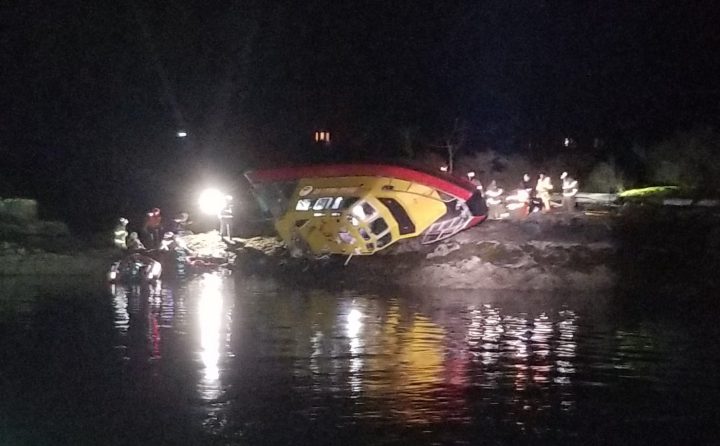 File Photo
The Transportation Safety Board of Canada (TSB) says a

The Transportation Safety Board of Canada (TSB) says a “misinterpretation of navigational information” led to a crash of a Royal Canadian Marine Search and Rescue vessel near Sooke, back in 2019.

A report released by the agency Thursday says the Spirit of Sooke had no experienced crew to watch the vessel’s position and look for navigational errors as it headed back from a fuelling station.

It says the trip on Feb. 7, 2019, was used as an opportunity to train new members in navigation and communication procedures.

Four people were rescued from the vessel after it ran aground in the Sooke Harbour, each of them sustaining serious injuries, according to the TSB.

Royal Canadian Marine Search and Rescue (RCM-SAR) retrieved the injured crew members from the vessel and took them across the harbour to a dock near Prestige Oceanfront Resort.

Once at the dock, one of the crew members was transported by air to a Victoria-area hospital due to the severity of injuries.

In the Transportation Safety Board report, it says that as the boat came up to Christie Point, the coxswain monitored the radar display and instructed one of the crew at the helm to make a course alteration.

It says that the boat then “almost immediately” ran into shoreline rocks on Christie Point at a speed of about 50 km/h, launching into the air before sliding along the shore for about 25 metres and coming to rest on its starboard side.

The vessel was proceeding at approximately 27 knots at the time of the grounding, notes the TSB report.

According to the report, the impact resulted in the crew members being thrown around inside the cabin. Some crew members reported leg and ankle injuries, while others sustained head and neck injuries.

The vessel sustained damage and was temporarily removed from service. The hull of the Spirit of Sooke had various scrapes, deformations, and indentations below the waterline and a window shattered during the crash.

The Spirit of Sooke has since been repaired and RCM-SAR is in the process of putting the vessel back in service.

No pollution was reported as a result of the crash.

The Transportation Safety Board says refresher training sessions for coxswains were held following the crash including an evaluation of skills, review of leadership and decision-making. 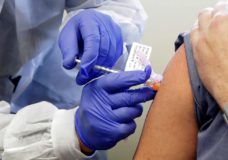 COVID-19 vaccine to reach nearly 60 First Nations in B.C. by the end of next week 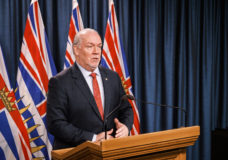