A Saanich candidate who came within a dozen votes of being elected to council is seeking a recount.

With such a close result, Sharma told CHEK News he is seeking a judicial recount and will appear with his lawyer before a provincial court judge on Monday to ask for one.

“It’s a very, very slim margin,” Sharma said about the results. “Common sense suggests that we should have a recount.”

Under the province’s Local Government Act, a recount is only automatically triggered when two candidates tie — Sharma came 11 votes shy of tying Bondaroff — but candidates can ask for one by going before a provincial court judge.

“This isn’t about disrespecting anyone. This is about the democratic process and having respect for it,” said Sharma.

Out of an eligible 90,829 voters in Saanich, only 27,975 people cast a ballot in the municipal election, putting voter turnout at roughly 31 per cent.

Had Sharma won, he would have become the first person of South Asian heritage elected in Saanich’s history. He said when the results came in on election night, there was initial optimism followed by massive heartbreak.

“We were up ahead most of the night, as far as we could tell. But, we were too optimistic . . . and then when the results came in, it is what it is, but we were very, very disappointed, heartbroken.”

Sharma said he is very grateful for all the work his campaign team has done throughout the election and for all the support. He said at the end of the day, recount or not, he believes in the democratic process and will respect whatever decision the judge makes.

It’s not clear when a decision on a recount will be made, but Sharma believes it could come as early as Wednesday. 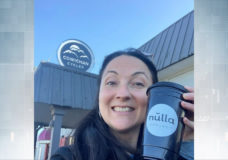 Road to Recovery: The potential of the reusables industry 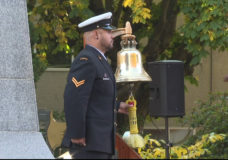