A Saanich family had their Christmas spirit dampened a little this morning when they woke up to find part of their massive light display in ruins after an out-of-control taxi went through their yard.

At around 1 a.m. on Monday, a taxi lost control on Cedar Avenue, crashing through the Davies’ Christmas display then hitting two parked cars. Police said the incident was likely due to a medical issue and no one was injured.

“About one in the morning, we heard a loud crash and looked out to see a taxi cab with his horn going off continuously,” Amie Davies said.

The Davies’ 10-year-old son Clayton heard the news when he woke up.

“My dad, once he told me about it, I’m just like oh why does this have to happen? I was just crying. I was so disappointed,” Clayton said.

The family spends months working on the display, adding to it each year.

“We get buses from the seniors’ homecoming and children and just tour buses and everybody’s just so happy and taking pictures. It just puts big smiles on everybody’s faces,” Amie said.

The display has grown so big over the past 10 years, this year it was included as a stop on the Christmas Lights Tour. 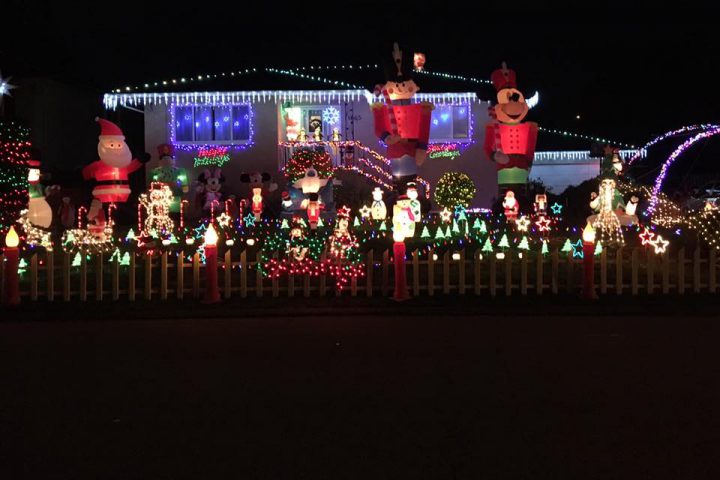 He looked over the damage in his yard on Monday, including tire marks and dented plastic candles.

“The sad part is, this is our Christmas thing that counts all the days until Christmas. That’s a sad part because now we don’t know how many more days if you look there,” Clayton said.

It’s a big blow a week before Christmas, but not all is lost for Clayton and his family. Some of the decorations remain in the yard, including a sign asking people to slow down as a snowman is under construction.

And the family said they aren’t going to let the overnight incident ruin their Christmas spirit.

“We’ll get it back up and running for this year, that’s for sure,” Amie said.

Amie Davies posted these pictures to Facebook of the family’s damaged Christmas display. 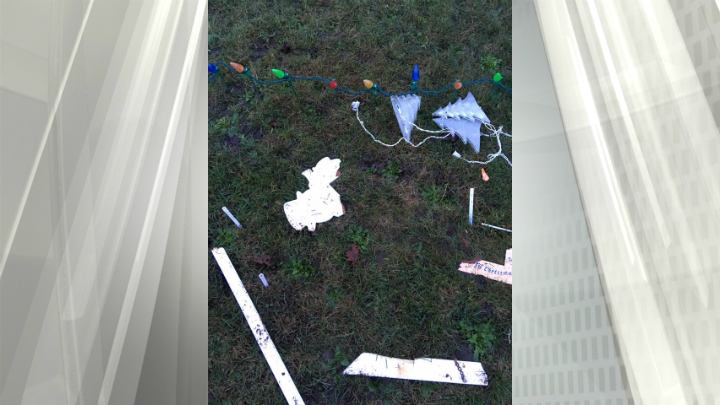 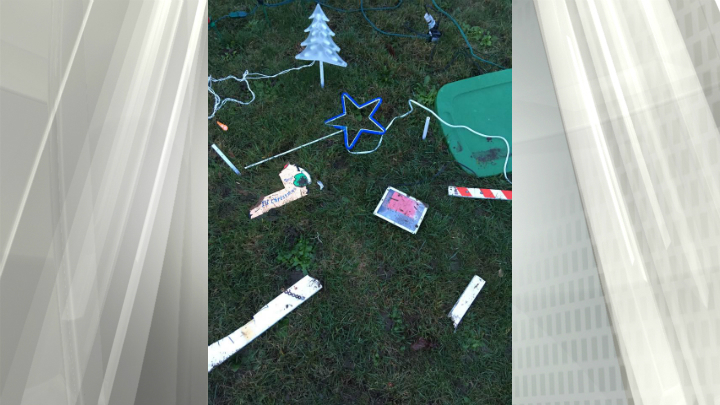 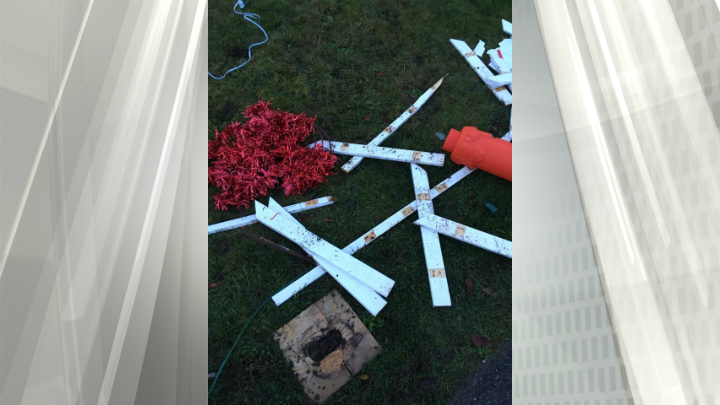 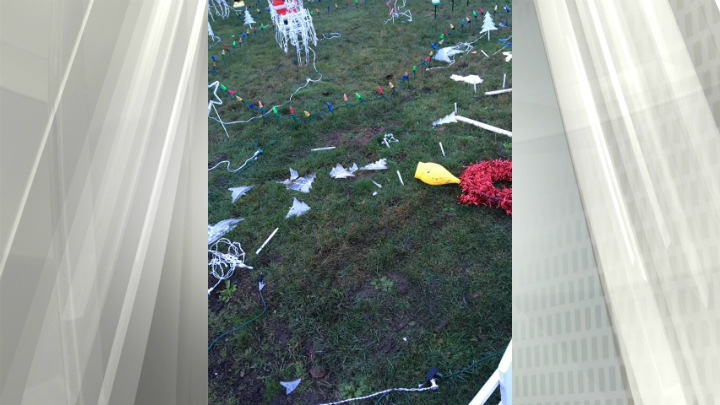 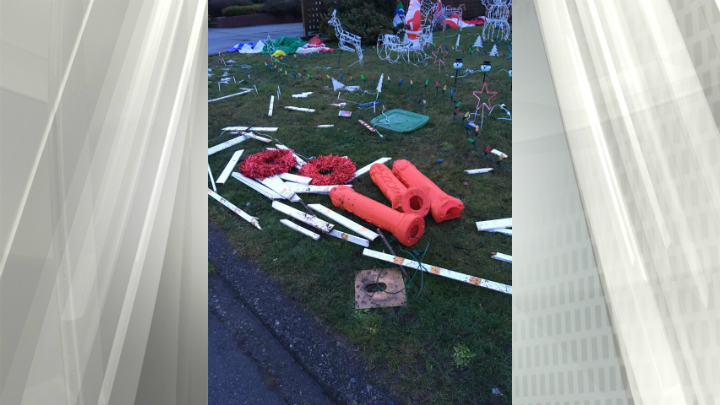 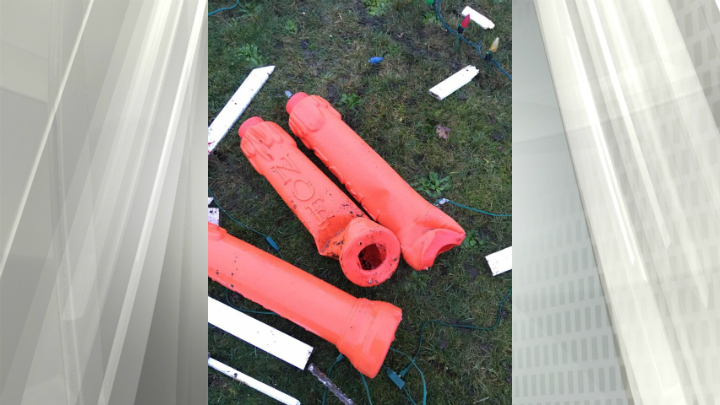 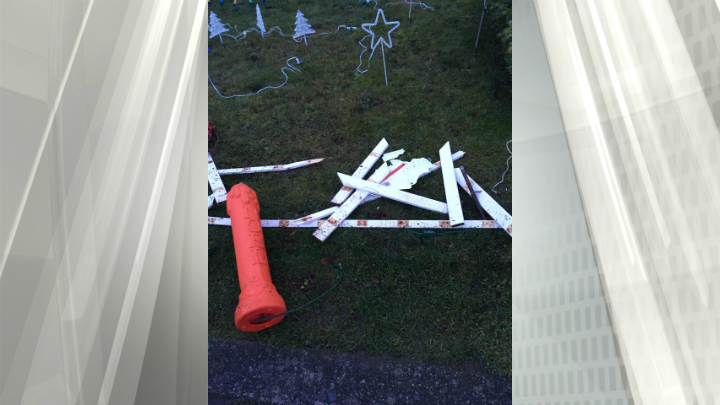 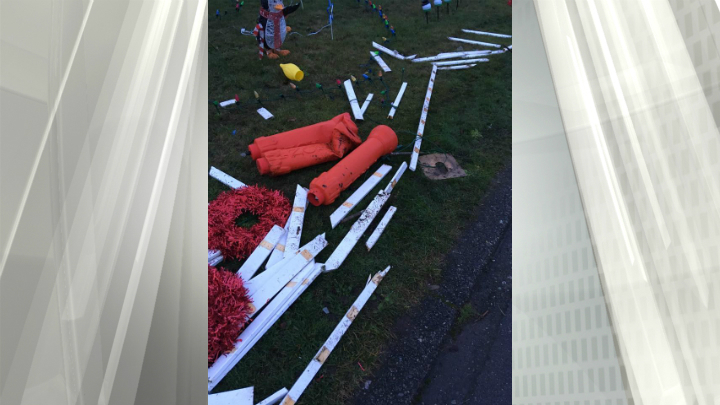 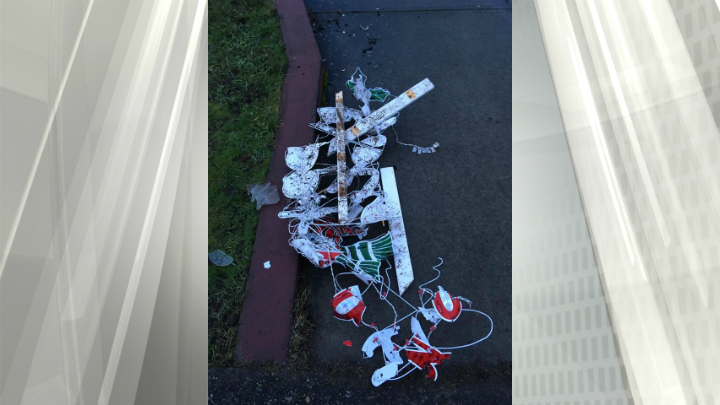 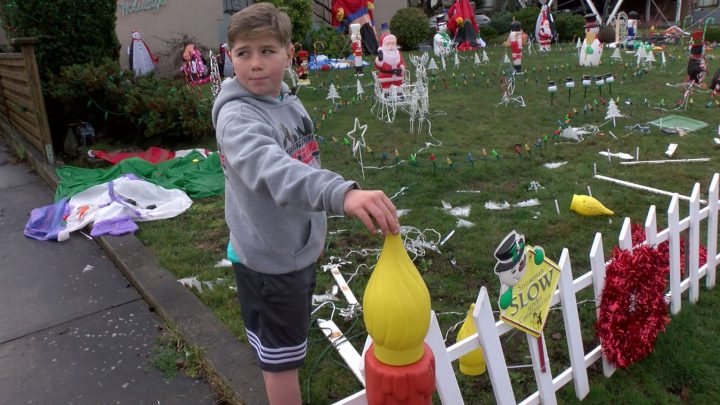 Clayton Davies, 10, looks over the damage to his family’s Christmas display in Saanich. The display was destroyed after an out-of-control taxi went through the yard. 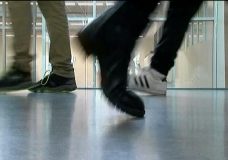 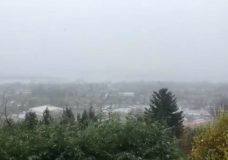