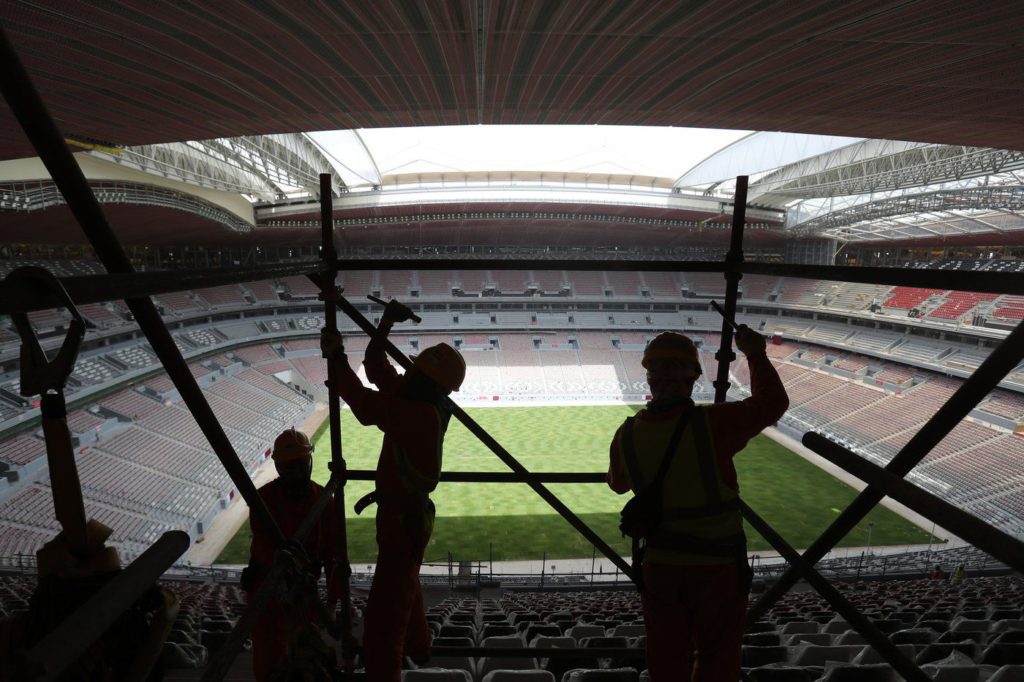 Migrant labourers who built Qatar’s World Cup stadiums often worked long hours under harsh conditions and were subjected to discrimination, wage theft and other abuses as their employers evaded accountability, a rights group said in a report released Thursday.

The 75-page report by the London-based charity Equidem comes less than two weeks before the Gulf Arab nation hosts the world’s biggest sporting event, with over 1.2 million fans expected to descend on the tiny emirate for the monthlong tournament.

Under heavy international scrutiny, Qatar has enacted a number of labour reforms in recent years that have been praised by Equidem and other rights groups. But advocates say abuses are still widespread and that workers have few avenues for redress.

Qatari officials from the ruling emir on down accuse critics of ignoring the reforms and applying double-standards to the first Arab or Muslim nation to host the tournament.

Equidem says it interviewed 60 workers over a period of two years who were employed across all eight stadiums. All of them spoke to the group on condition of anonymity, fearing retribution.

Workers described illegal recruitment fees that left them deeply in debt before they even started; long working hours in the desert heat and other harsh conditions; nationality-based discrimination in which the most dangerous high-rise work was reserved for Africans and South Asians; unpaid wages and denial of overtime; and verbal and physical violence.

“Fans need to know how this came about, that the stadiums that they’re sitting in (were) built by workers, many of whom were in conditions of what we would call forced labour or other forms of modern slavery,” said Namrata Raju, the lead researcher on the report.

Workers said employers had various ways of avoiding accountability, with one describing how supervisors pulled the fire alarm and evacuated workers from a site before FIFA inspectors arrived.

Qatar bars migrant labourers from forming unions, striking or protesting, and workers said they feared retaliation — including losing their jobs or being deported — if they spoke out.

“The fear of reprisal is exceedingly high,” Raju said, with workers feeling as though “two sets of eyes” are on them because of surveillance by Qatari authorities and employers.

London-based Amnesty International and New York-based Human Rights Watch have documented similar abuses. They also say that while Qatar has dismantled much of its “kafala” system, which tied workers to their employers, many labourers still face retaliation if they try to quit their jobs or go to work for someone else. As a result, some work long hours under harsh conditions for months on end without being paid.

Migrant workers make up a large majority of Qatar’s population and around 95% of its labour force. They have built sprawling infrastructure at breakneck speed since Qatar won hosting rights in 2010, including the stadiums, a high-speed metro system, highways and hotels.

Construction workers mainly hail from poor countries in Asia and sub-Saharan Africa. They typically live in shared rooms in labour camps and go years without returning home or seeing their families. They labour year-round, with reduced hours during the scorching summer months, when temperatures regularly exceed 40 degrees Celsius (104 degrees Fahrenheit).

Qatari authorities point to a number of steps they have taken to improve labour conditions, including enacting a minimum wage of around $275 a month, limiting the workday when temperatures soar and setting up a fund to compensate workers for wage theft and other abuses.

Asked to comment on the Equidem report, Qatar’s media office said authorities carried out over 3,700 inspections last month and have stepped up enforcement of labour laws, leading to a decline in violations.

“Equidem should encourage the respondents in its report to lodge complaints through the proper channels if they believe a law has been broken,” it said in a statement. “With this information, the Ministry of Labor will investigate companies and take the necessary corrective action, which often includes company closures and compensation for workers.”

Raju said the scope of the reforms is limited by the lingering power imbalance between employers and workers.

“When a system of labour discriminates between a national and a non-national and has done so for years, it means that the entire system needs to start to shift, rather than changing one law here, one law there,” she said.

Rights groups worry that the power imbalance will endure and potentially worsen after the World Cup ends on Dec. 18 and the international spotlight moves on. Companies are expected to slash their payrolls once the fans depart, adding to the pressure workers face to stay in line.

Equidem and other rights groups have called on Qatar to enact further reforms and for Qatar and FIFA to set up a larger fund to compensate workers who faced abuses going back to 2010, years before the existing reforms were enacted. FIFA has said it is open to the idea, which enjoys the support of several federations.

Qatar says it is focused on strengthening its existing fund, which it says has paid out over $350 million this year in compensation for work-related incidents and unpaid wages.

Rights groups are also calling for the establishment of a genuinely independent and representative migrant workers center as a first step toward legalizing unions and other forms of collective action, but there appears to be little movement on that front.

Without urgent commitment on both, Equidem says, the World Cup “will leave a legacy of exploitation and unfulfilled promises.” 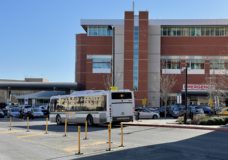 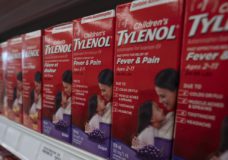 Imports of kids' pain and fever meds are coming, but critics say supply is fragile