Review: ‘Avatar: The Way of Water’ is a big screen blast 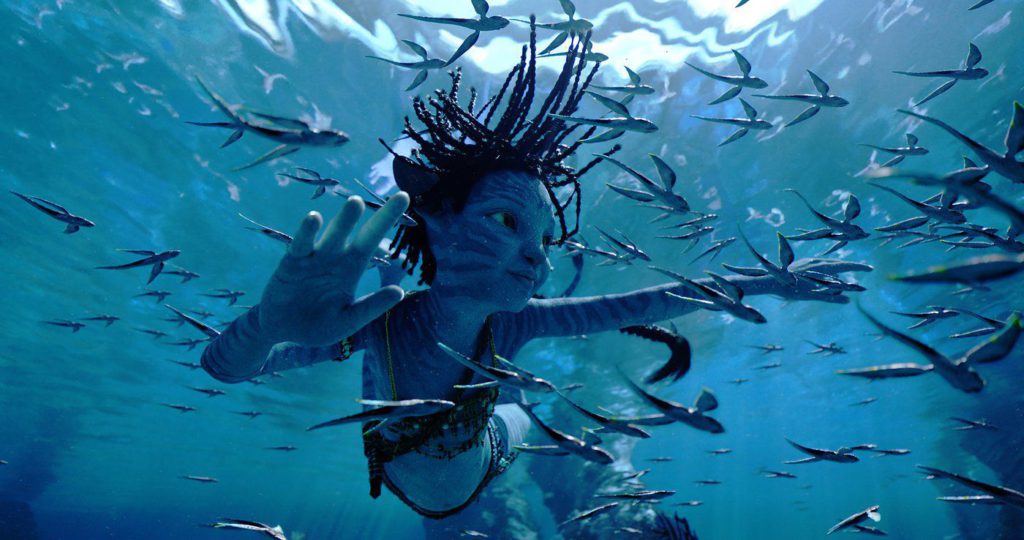 CHEK
This image released by 20th Century Studios shows Trinity Bliss, as Tuk, in a scene from

It is impossible to talk about “Avatar: The Way of Water” without sounding hyperbolic. But James Cameron’s sequel is a truly dazzling cinematic experience that will have you floating on a blockbuster high.

No matter if you’ve spent a second of your life in the past 13 years thinking about what’s happening on Pandora or how Jake Sully (Sam Worthington) and Neytiri (Zoe Saldaña) are getting on, assuming you remember their characters’ names. “The Way of Water” will make awe-struck believers out of even “Avatar” agnostics like me, at least for three hours and 12 minutes. The film isn’t just visually compelling, either, it’s spiritually rich as well — a simple but penetrating story about family and the natural world that is galaxies better than the first.

About that run time: Three hours and 12 minutes sounds excessive, but there is something decidedly decadent about really committing that much time to a movie in a theatre. When the filmmaker is purposeful with that time, as Cameron is and many others have been before him, it’s a uniquely rewarding experience. In other words, it’s not a big ask. And you’ll forget all about checking the time from the first shot of Pandora and Jake’s earnest exposition about what’s been going on in the past decade.

He and Neytiri have three kids now, Neteyam (Jamie Flatters), Lo’ak (Britain Dalton), Tuk (Trinity Jo-Li Bliss) and an adopted teenage daughter, Kiri (Sigourney Weaver), and they’re happy living in the forest. “Happiness is simple,” he says. “Whoever thought that a jughead like me could crack the code?” So, of course, it can’t last. The humans are on the hunt for Jake, with a familiar antagonist leading the charge. And soon his family is on the run, taking up home in another part of Pandora, on the water with a new tribe led by Ronal (Kate Winslet) and Tonowari (Cliff Curtis) who reluctantly grant them refuge and try to teach them how to live on the water.

It’s worth noting that Cameron has not stuffed the film with mind-numbing, wall-to-wall action and needlessly complicated plot. There are long stretches of movie where we’re simply exploring the environment with the characters, delighting in the intricacies of a reef or basking in the beauty of giant sea creatures. Sometimes we’re just sitting in the water with Kiri who is also sitting in the water. It is not advancing the action in any obvious way. It is not even really developing characters. It just is, and it’s serene. You imagine that anyone without his clout would have a hard time justifying something similar.

The action is there, too, of course, and it’s exciting because you’ve become invested in the family and worried about the kids who are never where they’re supposed to be and are often in danger because of it. And though we know there are more sequels coming, and one already wrapped, this is not the kind of franchise where anyone is guaranteed to get a fake superhero death. Sure there is some “Avatar” silliness, including the fact that the word “bro” is uttered about 8,000 times, but there is something admirable about the straightforward dialogue and emotions at play, too. No one is snarking their way through this ordeal.

“Never doubt James Cameron” has become a bit of a rallying cry lately, at least among those left on Twitter. It’s all the more extraordinary as the once-mythical sequels had become a kind of joke in the years since the first movie. Even as “The Way of Water” release date actually approached the “who cares?” chorus intensified. Had anyone really thought twice about “Avatar”? But Cameron knows his way around a thrilling sequel, and the water for that matter (and references his own greatest hits in this film, too).

But then people saw it and the tune changed. There is something comforting about the fact that we are capable of intense, collective cultural whiplash. That “who cares?” can turn to uncynical amazement in an instant. Is that the magic of the movies? Of continuing to push the bounds of the big screen experience? Of betting big on weird-sounding stories about giant blue environmentalists instead of superheroes every so often? Maybe it’s just the magic of James Cameron.

“Avatar: The Way of Water,” a 20th Century Studios release in theatres Thursday, is rated PG-13 by the Motion Picture Association for “partial nudity, intense action, sequences of strong violence, some strong language.” Running time: 192 minutes. Three and a half stars out of four. 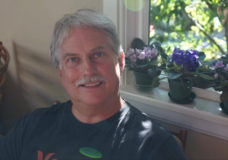 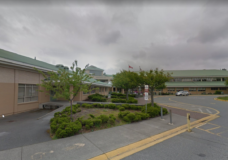