Resident calls for Victoria councillor to donate salary while abroad

January 10, 2021 updated
CHEK
WatchVictoria city councillor Shamarke Dubow is still facing calls to resign after taking a trip during the pandemic. But one resident has another idea, instead donating some of his salary, Julian Kolsut has this story.

Almost a week after Victoria city councillor Sharmarke Dubow went public about going to East Africa during the pandemic to see family, the public is still calling for action.

“If we’re not supposed to be doing it then nobody should … I think perhaps he should be penalized for it,” said one Victoria resident.

“He needs to resign, hands down, his apology is not acceptable,” said another, who has sent a letter to both Dubow and Mayor Helps.

Canadian triathlete Karmen Mcnamara, who formerly ran for council and is a business owner in Victoria, says any elected official should have known better.

“My mother passed away early in the pandemic, I didn’t see her before her death, I didn’t see my family after the death, those decisions to us were kind of a no brainer,” she said.

But she says instead of resigning Dubow could donate his salary while he has been away.

“This is an executed month long planning process [trip] … that has resulted in the residents of the city paying his salary while he is overseas and now that he is quarantining in Vancouver.”

She says it’s better than sending Victorians back to the polls.

“It’s because of the bigger picture, we have just come through not one but two byelection cycles … that money was spent and that nastiness happened twice in the last year. It was not good for the city financially, it was not good for the morale of the city but I do believe there needs to be consequences here.”

CHEK News reached out to Dubow multiple times for comment, but so far the councillor has responded. His only comment is a post on social media earlier this week, where he admitted to and apologized for travelling overseas during the pandemic.

“I think this issue of members of the political class at whatever level breaking with public health advisories and travelling for non-essential reasons to exotic locals,” said David Black, an associate professor at Royal Roads University’s School of Communication and Culture.

“I think that brings home to Canadians some of the tensions, some of the hypocrisies that are in our systems.”

Black says it highlights how we have no formal way to remove members.

“In most cases, it falls to the conciseness of the individual and informal public pressure and pressure in council being brought to bear on the given member,” he said.

Dubow is not the only local councillor that went abroad during the holidays, District of Metchosin councillor Kyara Kawakauwila went to Mexico. Heather Gartshore is facing criticism for travelling earlier in 2020. 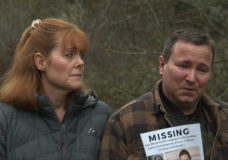 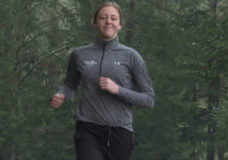