MONTREAL — Quebec’s top court has rejected a case that sought to challenge the rules governing ascension to the British throne and get Canada’s law on royal succession declared unconstitutional.

In a decision published Monday, the court ruled that the Quebec Superior Court justice who first heard the case did not err in rejecting the claims.

The conflict dates back to 2011, when leaders of Commonwealth countries agreed to modify the succession rules so that a woman can become queen if she is the oldest heir to the throne. Before the change, a woman would have been passed over in favour of her younger brother.

Law professors Patrick Taillon and Genevieve Motard argued that the change, which was enshrined in Canadian law in 2013, amends the Canadian Constitution and should have required the consent of the provinces.

In his 2016 decision, Justice Claude Bouchard invoked “the rule of symmetry,” which means that the person designated king or queen of the United Kingdom is automatically Canada’s monarch.

In a decision rendered today, Quebec’s highest court agreed with Bouchard that the change in law did not require Ottawa to amend the Canadian Constitution.

This report by The Canadian Press was first published Oct 28, 2019. 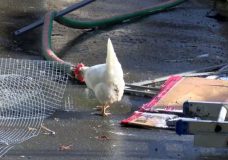 Chicken coop catches fire, burns to the ground on Quadra Street in Victoria 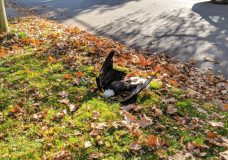