The two-dollar-an-hour top-up was scheduled to end this weekend. But at the company’s annual general meeting last Thursday night, it was announced the top-up was here to stay.

Amanda Young, a florist at the company’s store in Qualicum Beach, says she was glad to hear the news.

“[I’m] relieved because to have the money and then take it away was a possibility so that was worrisome,” said Young. “It’s so nice.”

“I thought that was very good. We’ve worked through a lot of anxiety and stress around here and the two dollars makes a big difference,” said fellow employee, Debbie Scott.

Employees have been receiving the pay top-up since February with several extensions from the company. The permanent-increase will cover nearly all of the company’s roughly 1,200 workers.

“This year being in a lot of stress and anxiety working in a store and with the pandemic raging we felt the best decision now was not the time to pull that back. Now’s the time to lock it in and make it permanent so we have a lot of happy people today,” said Noel Hayward, president of Quality Foods.

“Typically in our industry growth is only two percent a year and this year was in the double digits,” he said. “So it’s something we’ve never seen before and that has helped pay for this pay premium.”

Unifor, one of Canada’s largest unions, has been calling on all grocery stores to maintain the pandemic premium for workers.

“It’s nice to see employers starting to step in that direction. Unfortunately, most of the grocery industry likes to call grocery workers heroes but when push comes to shove they won’t want to continue to pay them and that’s a shame,” said Gavin McGarrigle, Unifor’s Western director.

Buy-Low Foods was the first grocery chain to make its pandemic pay premium permanent in May. Both Buy-Low Foods and Quality Foods are owned by The Jim Pattison Group.

Meanwhile, Quality Foods says it’s also paved the way during the pandemic by being the first to install plexiglass barriers to protect workers and shopping carts cleaned by UV rays. 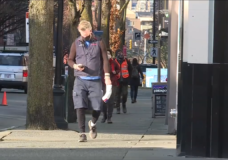 Many feel they are following COVID restrictions as B.C.'s top doctor asks people to do more 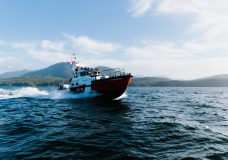