February 5, 2021 updated
File Photo
With the lease expired for the 17th hole the Eaglecrest Golf Club in Qualicum Beach has told members it's moving to nine holes.

Neighbours and members of a Qualicum Beach golf club are worried about its future after a lease impasse.

The 17th hole of the Eaglecrest Golf Course is on land owned by the Town of Qualicum Beach and a five-year lease expired December 31st.

“We’re just afraid that it will just get left vacant and what will we have here as a community?” asked John D’aigle, President of the Eaglecrest Men’s Golf Club.

Less than two weeks ago the golf club’s owner, who purchased it in 2017, sent a letter to members saying the course would be reduced to nine holes.

People who use the course say they don’t know what will happen next.

“People are going elsewhere because they’re not happy with what’s going on and the uncertainty of the future,” said Daigle.

“It’s really going to severely affect the mental and physical well being of all the people in this community and that’s devastating as a whole,” said Suzanne Owens, a recent member who moved beside the course to enjoy a more relaxed way of life.

Qualicum Beach’s mayor says the town wants to work out a solution.

“We’ve tried to reach out to them numerous times. We’re looking to make a deal. What can we do to make this thing work?” said Mayor Brian Wiese. “Eaglecrest is an integral part of our community. I don’t want to see that go to a nine-hole course I want to see it maintained to 18.”

The mayor says he understands there were previous discussions about the golf course developing some of its lands for non-golf purposes, which he says was denied.

Members say the owner doesn’t seem interested in golf at all.

“If you really don’t want to run a golf course put it up for sale, have some discussion [or] lease it. We’ve got a board of directors that would love to step up and run it. We just need to talk,” said Jacque Bater, a club member and neighbour.

An EagleCrest Golf Club manager says he doesn’t want to comment at this time but that he’s still hopeful a 17th hole lease will be reached.

A number of golf courses were among the first non-essential businesses to re-open after the pandemic began with numerous safety protocols. 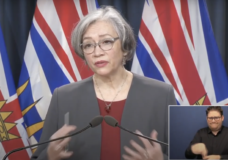