Posted: Jan. 12, 2021 6:50PM
CHEK
WatchSupport for the Cowichan Tribes is pouring in from across B.C. in wake of racist online attacks directed at the First Nation community as it deals with growing cases of COVID-19. Skye Ryan has more.

Support for the Cowichan Tribes is pouring in from across B.C. in wake of racist online attacks directed at the First Nation community as it deals with growing cases of COVID-19.

Several users who posted racist comments online have removed them — after being threatened with violence by other users — which has officials calling for peace.

A Cowichan Valley Tim Hortons has now removed a sign telling customers they were closed because of a shelter-in-place order issued by the Cowichan Tribes.

Barb Jimmy, a 62-year-old who lives on the Cowichan Tribes reserve told CHEK News on Monday that her dentist appointment was abruptly cancelled by her Duncan dentist due to the outbreak in the First Nations community. She says her dentist didn’t even ask her a single COVID-19 screening question.

But on Tuesday, Jimmy received a letter of apology from her dentist’s office, I failed by not communicating myself thoroughly.”

“Our entire dental team feels terrible about this grave miscommunication. We deeply regret this failure to communicate clearly and we will make every effort to ensure it does not recur, ” the letter reads.

Meanwhile, a Tim Horton’s in Duncan was the source of several complaints after a sign said its lobby was closed “due to the shelter in place order by Cowichan Tribes.”

The store has now taken the sign down and a representative told CHEK News it was a miscommunication and that the sign should have read “COVID-related staffing shortages have made it necessary.”

North Cowichan Mayor Al Siebring, who earlier in the week took to Facebook to highlight the sheer volume of racist comments online, said he is touched by the sweeping support he has received from elected officials and Cowichan residents to show the hate is not shared by his community.

“I am getting all kinds of positive texts and tweets and e-mail and everything,” he said. ‘Oh good for you for standing up.’ Standing up for what? Basic human decency. It’s surprising to me how much reaction this is generating.” 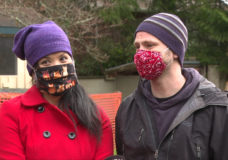 'A win is a win': Couple wins year-long fight against Saanich over storm drain bylaw 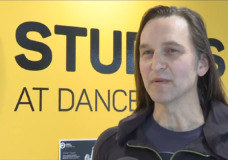